Somehow it feels like an agonizingly long time has come to pass since the beginning of the start of NBA Free Agency.

Where teams can contact players and their agents for the possibility of being courted to leave a team and get swept away to go elsewhere.

Over the years there have been so many intangibles that play into the art of the deal or if you are a tracker of anniversaries like myself, you look back at what was a brusque and well played out ‘decision’ by LeBron James.

A choice that made Miami smile and smirk while Cleveland seethed.

When you lose a prodigal son from the house at 18 or if you move on from a relationship that you deem unhealthy indeed there are bound to be some angry emotions and words exchanged.

If anyone told me that there was ever a slight chance that a superstar of LeBron James’ talents would ponder wanting to come home to a younger team and say, ‘Thank You South Beach!’ I’d call you crazy.

We’re still a day away from a 2014 decision from King James. And like a smart of dominoes it’s as if the NBA headquarters await seeing where LeBron may go if not Miami. How will this play out when the date of July 10 rolls around?

In 1981 Tom Petty penned a tune that so eloquently captures the mood of free agency in any sport. Face it, there’s something exciting about being courted by so many people who want a piece of your action. You’re flown from city to city for the tour, the selling points, the sales pitch and the money offered.

If a player creates leverage for more money, if you are wanted bad enough for your perceived value to a team, to your teammates, to your community. In the end you must decide what’s in your best interests in the name of free agency.

Earlier last week Carmelo Anthony made a quick visit to Dallas. All two hours long. Translation: I appreciate the courtesy but I’m not interested.’ No one thought for a second that Carmelo Anthony had a desire to come to Dallas.

This was further confirmed when Dirk Nowitzki signed for a three year deal (30 million ballpark reportedly) one day later. That said, this narrowed down the options for what or who was available to appease the Dirkaholics and Mavs Nation.

Say what you want about Donnie Nelson Jr, Rick Carlisle, and Mark Cuban. In keeping with the tenets of what the CBA decrees the last two years, there have been some great acquisitions made. Reaction locally has been 50-50 for the return of Tyson Chandler to Dallas along with Raymond Felton for the services of Jose Calderon (no defense), Shane Larkin, Samuel Dalembert, Wayne Ellington, and two draft picks used in the second round back on June 26.

The rumors and the gossip has been hot and heavy for some of the more sought after free agents. Melo, Dwyane Wade, Chris Bosh, LeBron, Kevin Love, Mike Lowrey, Lance Stephenson, maybe even a Chandler Parsons.

As the rest of the basketball world awaits what ‘decision’ LeBron makes this time around I expect the following to happen.

IF Bosh takes the 4 year/96 million dollar deal offered by the Rockets, look for LeBron to stay in Miami and find a way to get Carmelo Anthony to join him. LeBron is already on record in saying that he wants max money. This would also signal the end for Chandler Parsons – your next Maverick!

IF Carmelo opts to stay in New York, then King James will retain his South Beach residency and work with the veteran pieces now in place with Wade, new guys Danny Granger and Josh McRoberts, The Bird Man and the rest of team.

As we get closer to declarations of staying or going, count me amongst those who believe the Dallas Mavericks are one superstar player away from being championship worthy in the ever competitive Western Conference.

The names Luol Deng and Lance Stephenson continue to be bounced around. The name Mo Williams also a possibility for Maverick repositioning. With the signing of Devin Harris to a three year deal my guess that Chandler Parsons will be the next big man to come to Dallas.

Luol Deng would be a great addition if he could stay healthy. Lance blowing kisses in Dallas just doesn’t do it for me. Of course this is all predicated on which way the winds take the King.

Dallas Texas and the Mavericks also ponder the delicious possibility of seeing three ball hogs in Houston in 2014 should Bosh opt for the money-as well he should.

Again, the waiting is the hardest part. The positioning, the angling, the posturing, and the gamesmanship. All part of the art of the deal. Which takes us back to the waiting… Keep your eye on Ohio. Just saying!

Dallas Stars Struggling to Find Themselves 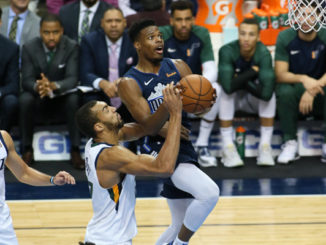 Dallas Mavericks Off to a Rough Start