I have attended the 2014 and 2015 Dallas Fan Days and I went to my first Dallas Comic Con this past weekend (May 29-31). At all three, I had different experiences.

2014 was my first ever convention and I went primarily to see Arrow star Stephen Amell’s Q&A. Little did I know that my experience would far exceed that of the normal “General Admission” spectator. I was the last person to ask the show’s titular star what his favorite DC Easter egg to reveal on the show was. To paraphrase his response: “When Laurel and Sara’s mother, Dinah Lance visits Starling City during Season One, where upon her exit says she will be back in a flash.” This obviously was a hint at the then upcoming Flash series which would premiere in October 2014. As a graduation gift, my dad went with me to Dallas Fan Days 2015. At this convention, I got to meet Stephen Amell, David Ramsey and John Barrowman during autograph sessions on Saturday. My experiences with these actors were not your ordinary “next in line” and “sign-and-go” experience.

All three men took what seemed to be three to five minutes out of their time to have personal conversations with me. A breakdown:

Some firsts I partook in at Dallas Comic Con: I bought the Green Arrow “Longbow Hunters” story arc, the “Knightfall” story arc made famous in the Batman mythos. Secondly, I got prints signed by legendary DC and Marvel artist Neal Adams. On Friday during my photo session with the Dark Knight himself, Kevin Conroy took a photo with me after signing my Batman: The Animated Series print and remembered that he retweeted me three days earlier about my anticipation to meet me at the convention that weekend. I was able to sit in on Q&A’s for voice over artists Tara Strong (Batman: The Animated Series, The Powerpuff Girls, My Little Pony and Fairly Odd Parents), Tom Kenny (SpongeBob SquarePants and the Ice King in Adventure Time), Eric Vale (who voiced Trunks in the Dragon Ball universe) and Christopher Sabat (who voiced Vegeta in the Dragon Ball universe). I had sat in on Q&A’s before at my previous two conventions but these were special because they guests involved were tied to shows which I grew up watching as a kid.

To compare and contrast my experiences at both Dallas Fan Days and Dallas Comic Con, I liked that Fan Expo expanded their Wild Bill’s Olde Fashion Soda Pop to three stands instead of just one at Sci Fi Expo, which is held at the Irving Convention Center. However, I understand that with more space comes the chance to make things flow smoother. This is true for when I was walking around the exhibit halls and found toys and other mementos from my childhood that brought back fond memories.

That being said, Fan Days conventions are enjoyable because of the notable guests and the frequency of which they attend conventions. However, the tight quarters lead to complaints from spectators and changes to the schedule on the day of event. The space available at Dallas Comic Con 2015 allowed for cosplayers to move around freely. Furthermore, having the Premium Lounge and the Cosplay Hideaway benefit both the spectators and the cosplayers to allow them places to take breaks and meet new people.

The top three moments of my time at Dallas Comic Con 2015 were: Kevin Conroy remembering retweeting me, asking Tara Strong about her time on Batman: The Animated Series with Conroy and Mark Hamill and Christopher Sabat’s comment about his least favorite line to record for the Dragon Ball franchise. 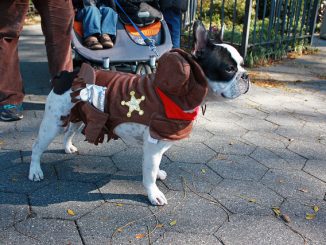 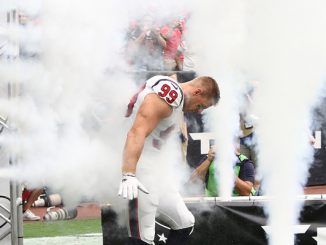 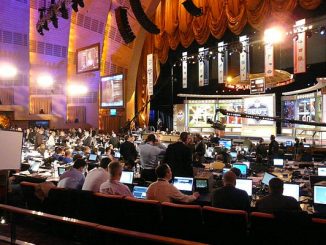