THACKERVILLE, OKLAHOMA – WinStar World Casino and Resort is ready to usher in a new season with their Spring entertainment line-up. Shows include various musical artists and comedians such as Rodney Carrington, Air Supply, Dwight Yoakam, and Jim Jefferies.

Show times for all events are listed below.

Tickets can be purchased on the WinStar Entertainment website.

Jim Jeffries, a comedian hailing from Australia, will keep the crowd laughing all night long! Jefferies is a professional comedian, actor and writer known for his FX sitcom, “Legit,” and his sitcom “The Jim Jefferies Show,” on Comedy Central.

Jay Leno is an American comedian, actor and television host. He is well-known for his primetime talk show, “The Tonight Show with Jay Leno” and was inducted into the Television Hall of Fame in 2014.

Dwight Yoakam is singer-songwriter, musician and actor known for his pioneering-style of country music. Yoakam has recorded more than twenty albums and compilations, charted more than thirty singles on the Billboard Hot Country Songs charts, and sold more than 25 million records. He has 12 gold albums and nine platinum or multi-platinum albums, including the triple-platinum This Time.

Graham Russel and Russel Hitchcock met in 1975, at rehearsals for “Jesus Christ Superstar” in Sydney,

Australia; they became instant friends with their common love for The Beatles and, of course, singing. In 1980 “Lost in Love” became the fastest selling single in the world, leaping to the top of all of the charts and was named Song of the Year. The trademark sound of Russel Hitchcock’s soaring tenor voice and Graham Russell’s simple yet majestic songs created a unique sound that would forever be known as Air Supply.

Travis Tritt is a two-time Grammy Award winning country artist most known for his number one singles, “Help Me Hold on,” “Anymore,” “Can I Trust You with My Heart,” “Foolish Pride,” and “Best of Intentions.” The show will also showcase the classic southern rock band, The Charlie Daniels Band. He is best known for his number-one country hit “The Devil Went Down to Georgia.”

Johnny River’s repertoire includes pop, folk, blues and old-time rock ‘n roll. He is best known for a string of hit singles between 1964 and 1968, among them “Memphis, “Mountain of Love,” The Seventh Son, “Secret Agent Man,” “Poor Side of Town,” “Baby I Need Your Lovin,” and “Summer Rain.”

Rodney Carrington is a comedian, actor, singer and writer whose eight comedy albums have sold millions of copies. He recently released two new albums: an album of new songs and material, “Laughter’s Good,” and a re-release of “Rodney Carrington Live, C’mon Laugh You Bastard.” The albums debuted at No. 1 and No. 2 on the Overall Comedy Chats.

ZZ Top, also known as, That Little Ol’ Band from Texas, can claim to be one of the longest running major rock band with original personnel intact. In 2004, the Texas trio was inducted into the Rock and Roll Hall of Fame. With the release of each of their albums the band has explored new ground in terms of both their sonic approach and the material they have recorded.

Brett Eldredge is a country music singer, songwriter and record producer. Eldredge has had three No. 1 singles on the Billboard Country Airplay chart from his debut studio album, Bring You Back, including Don’t Ya, Beat of the Music and Mean to Me.

Trevor is an award-winning comedian, writer, producer, political commentator, actor and television host. He is widely known for being the host of “The Daily Show” on Comedy Central. He began his career in his native South Africa with the “South African Broadcasting Corporation.”

Show with Johnny Carson” in 1981. Eight years later, he teamed up with fellow comedian Larry David to

create what has become the most successful comedy series in the history of television: “Seinfeld.”

Florida Georgia Line is redefining country music as they cruise into uncharted territories with history-making collaboration and bold new music. With hits like “Cruise,” “H.O.L.Y.,” “God, Your Mama, And Me,” Florida Georgia Line will bring their chart-topping hits to the stage this summer. 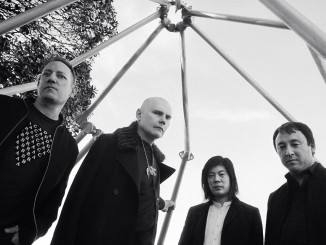 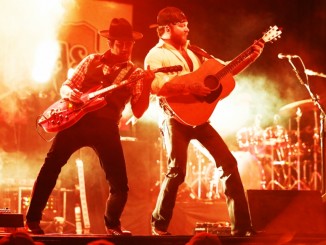 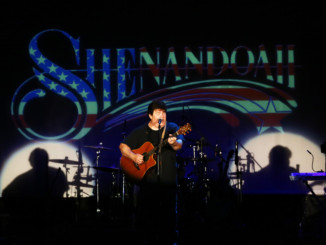