A lukewarm effort that fails to adequately plumb the depths of a winning premise, director/actor/screenwriter George Clooney’s The Monuments Men positions itself to make a grand commentary on the importance of art and its preservation — and then says little on the topic.

Clooney and co-scripter Grant Heslov can’t seem to decide if they want the movie to be a comedy, a historical drama, a gritty war movie, a thriller, or a heist flick; in trying to be all of the above, it amounts to very little. Factor in the choppy, rambling narrative (a fictionalized account based on the non-fiction by Dallas-based art historian Robert M. Edsel) and thinly developed characters played by a bevy of talented actors, and you have the missed opportunity of the year.

Which is a shame, as its true-life premise is fascinating and largely unexplored terrain. Clooney stars as Harvard art historian Frank Stokes (a fictionalized version of conservationist George Stout), is commissioned by FDR himself to lead a group of middle-aged art scholars into war-torn Europe shortly after D-Day to recover Western art stolen and stockpiled by Hitler and intended for his planned Führer Museum.

In Paris, they learn that the national collection is safe but that enormous collections of art were confiscated (mostly from Jewish owners). The team knows the general areas of these priceless stockpiles, but not the exact locations. There’s a deadline, too, as the approaching Russian forces are after the art as well, but intend to keep it as recompense; on top of that, Hitler has enacted the Nero Decree, a salt-the-earth order that would have the art destroyed.

Enter Claire Simone (Cate Blanchett), who worked meticulously documenting the movements of all art objects while working under the Nazis, though she is unwilling to cooperate, convinced that the Yanks are just as likely to take plunder the art as everyone else. While Granger spends much of the movie trying to convince her of their good intentions, the rest of the group splits into teams to find and recover what they can on their own in loosely plotted side stories. Clichés ensue.

Clooney and Heslov aim for something along the lines of old-school guilty pleasures such as The Wild Geese, The Guns of Navarone, John Frankenheimer’s similarly themed The Train, and even a little Kelly’s Heroes, to modest effect. Everyone plays it broad and light in between clumsily shoehorning clunky scenes on the ugly side of the war into the story, with little middle ground. It’s surprisingly generic and indecisive, waffling between message movie and adventure romp.

The Monuments Men would have been better served by picking one tone or the other — breezy caper comedy or stark drama — instead of trying to walk a fine line between the two. By attempting both, it instead comes across as a half-hearted art history lecture that has far too much reverence for its subject and not enough critical focus on its themes, repeatedly insisting that art and its preservation is important for a society, but never expanding on why.

Worse, it never exactly tells us why we should care. 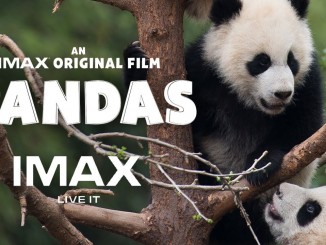