NEW YORK — Major League Soccer today unveiled the newest iteration of its brand campaign, “Our Soccer,” as the League continues its regular season play during its milestone 25th season.

Featuring Academy Award-winning actor Matthew McConaughey, the spot celebrates the growth of the soccer movement, highlights MLS as the League for a new North America and depicts the story of its ’25 Years in 25 Seconds.’

Through projected images of skill, style, passion and community, moments from the League’s inaugural season to the current MLS is Back Tournament combine in a flash to show that the 25-year journey of Our Soccer is just getting started.

The spot is narrated by McConaughey, co-owner and Minister of Culture for Austin FC, who will begin play in 2021.

“’25 Years in 25 Seconds’ shows the rhythm of a league set against the journey of the first 25 years. It celebrates and embraces the openness, diversity, culture, and the fans that are at the core of our league. It reminds us why sport can be so important in our lives,” said David Bruce, SVP, Brand and Integrated Marketing for Major League Soccer.

’25 Years in 25 Seconds’ featuring McConaughey will run on ESPN including during the broadcast of the MLS is Back Tournament Final on August 11, setting the stage for the return of the MLS regular season.

It will also run on additional MLS partner networks including FOX Sports, Univision, TSN and TVA Sports, and be shown on regional sports networks, across international broadcast partner platforms, and available on the league’s own digital channels.

The “Our Soccer” campaign debuted in 2018 with a spot featuring Atlanta-based rapper and Atlanta United fan 2 Chainz. The campaign was produced by Cornerstone and The FADER, MLS’ creative agency of record. 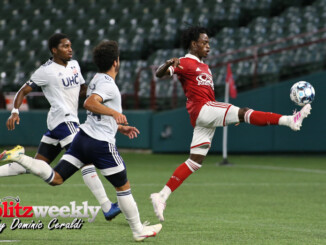