Two nights after coming back from 24 down to beat the Sacramento Kings, the Dallas Mavericks were able to post a wire to wire finish while setting a franchise record. The Mavs built a big early lead that kept growing until they had their largest victory in franchise history, 123-70 win over the Philadelphia 76ers on Thursday night.

”The sum total of the whole thing was our guys played hard,” Mavericks coach Rick Carlisle said. ”They played together, they concentrated and they didn’t have any slippage.”

Dallas jumped out to a 7-2 lead in the first 2 minutes and led 38-10 by the end of the first quarter for the largest margin ever by the Mavericks through one quarter. Franchise cornerstone Dirk Nowitzki scored 21 points in only 20 minutes to lead five players scoring in double figures.

Monta Ellis added 17 points for the Mavs, while Chandler Parsons and Brandan Wright each had 14 and Tyson Chandler had nine points and 10 rebounds. Dallas has had a lead of at least 30 points in the first half in three of their five home games this season

The 76ers, who scored the last five points to avoid their largest loss ever, matched Utah’s 0-8 start from a year ago. The NBA’s longest losing streak to start a season belongs to the New Jersey Nets, who opened 0-18 in 2009-10.

“You get another game tomorrow. The bad news is it doesn’t go away,” said 76ers head coach Brett Brown, whose team is the youngest in the league, averaging just under 24 years of age. “It’s like water dripping on your forehead, and there’s no place to hide.”

The 53 point loss by the 76ers, is their 3rd-largest loss in franchise history.

About the only highlight for the 76ers after winning the opening tip was the return of last year’s NBA Rookie of the Year. Michael Carter-Williams played for the first time since surgery in May to repair the labrum in his right shoulder, leading Philly with 19 points on 6-of-19 shooting off the bench, and also having eight rebounds and five assists. 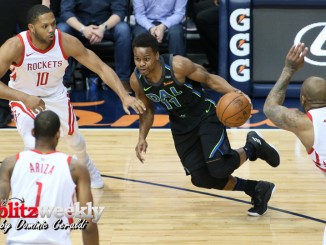 Houston Astros: It Was A Very Good Year