The Dallas Mavericks finally seem to have some positive momentum. They’ve won three of their last four games. They’re 18-30 and are still at the bottom of their group. It’s not too late to turn the season around. A playoff hope could still happen if Dallas can continue to win more games. It won’t be easy but it can happen.

A Look at the Mavericks Performance
Vs New York (home): Dallas won 103-95. Dallas never had a lead that was bigger than ten points. Earlier this season, Dallas lost to New York 93-77 in Madison Square Garden and Dallas wanted to avenge that loss. Harrison Barnes scored a team-high of 23 points. Seth Curry scored 20, and Dirk Nowitzki 19. Dallas made 47 percent of their FGs and 23 percent of their three-point shots.

Vs Oklahoma City (road): Dallas lost 109-98. A very tough game for Dallas. They did their best to stay in the game, but they ultimately fell short. This loss snapped Dallas’ second-game winning streak. Barnes led the team with 31 points. Justin Anderson scored 17 points off the bench. Dorian Finney-Smith and Seth Curry both scored 11 points. Dallas made 45 percent of the FGs and 42 percent of their three-point shots.

Vs San Antonio (road): Dallas won 105-101. This was Dallas’ first win against the Spurs IN San Antonio since Nov. 26, 2010. Dallas entered this game averaging 12.1 turnovers per game, second-fewest in the league. Dallas also entered this game with second worse road record in the league. At one point, Dallas trailed by 15 points, but they fought hard and found a way to win at the end. Seth Curry led the team with a season-high of 24 points. Harrison Barnes scored 19 Wesley Matthews 17, and Nowitzki 15. Dallas made 45 percent of their FGs and 35 percent of their three-point shots.

Vs Cleveland (home): Dallas won 104-97. Dallas’ first win against Cleveland since Jan. 4, 2015. Earlier this season, Cleveland humiliated Dallas 128-90. Dallas played great the entire game. They showed no fear and stayed focused. Barnes scored a team-high of 24 points. Wesley Matthews 21, Yogi Ferrell 19, and Seth Curry 16. Dallas made 45 percent of their FGs and 28 percent of their three-point shots. 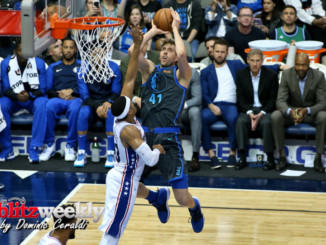 PARTY ON THE PLAZA, celebrate Dirk before the game on Tuesday 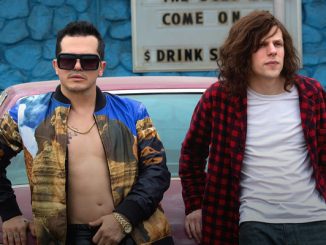 Two Yankees Amongst The Ballers!