It would be taking things too far to describe Marilyn Manson as a new man, but some winds of change  have blown through his work and his life recently.

“This whole (past) year has been about me changing and flipping my entire lifestyle upside down,” Manson said, summing up things in a recent interview.

His two main ventures of 2014, the making of the new album, The Pale Emperor, and his recurring role as a white supremacist convict in the popular cable series Sons of Anarchy, had the controversial rocker/actor breaking out of some old habits.

Just the basic circumstances surrounding The Pale Emperor were new to Manson, beginning with his main songwriting collaborator – composer Tyler Bates, who is best known for his work on soundtracks, including last year’s blockbuster, Guardians of the Galaxy.

Manson said he met Bates at a wrap party for the show Californication in 2013, where Bates brought up the idea of collaborating.

With Bates playing guitar and Manson singing, the two immediately connected creatively, forming the song “Birds of Hell Awaiting” in one spontaneous exchange.

“I knew right away this was going to be a record, and it formed itself completely,” Manson said of the album, which was completed in about three months.

In making The Pale Emperor, Manson found his entire daily routine getting turned inside out.

In years past, the man born 45 years ago as Brian Warner in Canton, Ohio, had been famous for his nocturnal lifestyle. He would sleep during the day and wake just as sun would give way to darkness, then fill his nights with partying and various other forms of debauchery. That at least was when he wasn’t working on music or some other artistic pursuit, or having sex – something he told Rolling Stone magazine in its Jan. 15 issue he now must partake in between five and 10 times daily.

”I used to think that 3 a.m. was the time when my brain was most creative,” he explained.

But writing “Birds of Hell Awaiting” – during the light of the afternoon – changed that thinking.

“It essentially transformed me. Just making this record,” Manson said. “I flipped my life upside down really quickly, having to get up at 5 a.m. for Sons of Anarchy. So my schedule became completely opposite of what it used to be, which was fun for me because other people were confused. They’re like ‘Oh, he’s not going to be able to do that.’ And I like to prove people wrong.”

Unconventional behavior and a willingness to engage in shocking on-stage behavior have been constants with Manson ever since he formed the first version of his band, as Marilyn Manson & the Spooky Kids, in 1989 in Fort Lauderdale, Fla.

The controversy didn’t hurt Manson’s career. The band’s early albums – 1994’s Portrait of an American Family, 1996’s Antichrist Superstar, 1998’s Mechanical Animals and 2000’s Holy Wood (In the Shadow of the Valley of Death) — each sold in the millions.

In recent years, controversy surrounding Manson seemed to have died down. But then came a video last fall. Directed by Eli Roth, it included footage from two earlier Manson videos, and featured a scene in which Roth simulated raping singer/songwriter Lana Del Rey.

Manson’s camp quickly responded that he had nothing to do with the video. Manson himself has further elaborated that he, Roth and Del Rey attempted to do a video, but he bailed from the project. In an  interview with Digital Spy, Manson was quoted as saying he dropped out because Del Rey was “being such a problem,” a statement he now denies.

“I was misquoted by saying that she was difficult on set,” Manson said. “It was not on set. We were talking about doing something and it didn’t happen. But what was released was nothing to do with  Marilyn Manson or a video concept of mine…What was filmed, I neither condone nor not condone. It didn’t really have anything to do with Marilyn Manson. And it was improper for the person who edited into my videos to make it seem like it did. I was only upset with that person and no one else. And I’m sure that Eli Roth and she were more upset than me, so let’s leave it at that.”

As for The Pale Emperor, much of the attention so far has centered on the excellence of the music. Its songs take Manson’s sound in a bit of a bluesy rock direction, with big beats, heavy bass lines and fat and catchy guitar riffs powering the music.

But now comes new tour dates in support of The Pale Emperor, and Manson was a bit cagey about what might be in store.

“As far as what’s going to happen, I don’t know until it happens,” Manson said cryptically of his show, but only after saying the show will evoke two sides of the deep South – the voodoo/hoodoo of the Louisiana swamps and the evangelical fervor of some of the region’s churches. “But I know visually it’s not going to be like any of the Marilyn Manson shows we’ve done before. We’re not going to regurgitate or cannibalize anything I’ve done prior to this.” 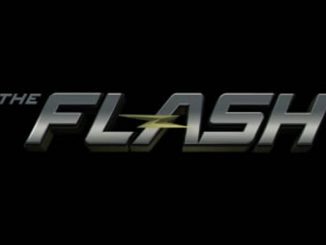 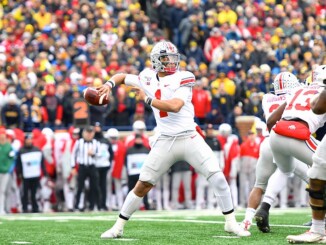