Who do the Cowboys need to shut down?
QB Philip Rivers – For the second game in four days, the Cowboys are facing a quarterback who’s on a roll. Rivers played a solid, if not a safe, game against a pretty solid defense in the Buffalo Bills, though the Bills did give themselves a solid pair of cement shoes by starting a rookie over Tyrod Taylor (who didn’t earn a benching). Rivers is an old dog, and isn’t surprised or scared away by any upstart defensive units or fronts.

Who on the Cowboys, needs to step up?
LB Jaylon Smith – Well, I’d say that one of this offseason’s biggest problems will be managing DeMarcus Lawrence and Anthony Hitchens’ impending free agency. Lawrence is going to be a heap of cash to apply the Franchise Tag, but Hitchens could really stand to be retained, because of how well he can bring the physical edge, but more because the lack of ANY depth from the linebackers. Right now, it’s the Jaylon Smith show. Whether Sean Lee got any healthier since Sunday, and though it looks like Hitchens is going to go, the healthy wheel is Jaylon Smith. The young buck is going to need to be the step up in this game.

Which group will give the Cowboys trouble?
The Los Angeles Pass Catchers – Even with the marginal game against the Bills from Philip Rivers, Keenan Allen had a killer performance. Huge fantasy totals, blowing away the Bills’ secondary and rewarding Chargers’ fans with the spoils of victory, but he didn’t do it alone. Rookie Mike Williams had five catches. Tight end Hunter Henry had a pair of catches, and Travis Benjamin had a single catch, but that was last week, and Rivers can use any of these players to dagger the Cowboys at any moment.

Which group will give the Chargers trouble?
The Dallas… – Over the last two games, what has been the pride point?! What’s gotten you by through these fantastic losses? The defensive line? Yeah, there is exploitation to be had there against a pair of rookie guards, but Rivers will just speed up the throw and give his receivers a chance to operate in space against the Cowboys back-seven, which isn’t a shimmering beacon of defensive fortitude. Dak Prescott? I don’t put the loss in any fashion last week on him. Bad body catch from Terrence Williams, Dez Bryant got flat-out pushed on that pick, then the strip-sack for a touchdown. Alfred Morris? Very good, therefore the Cowboys’ coaches know to spell him with Rod Smith just when Morris is getting hot. Where is the success going to come from? I don’t know…

What will it take for the Cowboys to win?
Converting those third downs, and seriously, stop stalling in the redzone and settling for field goals, that’s getting REAL old. 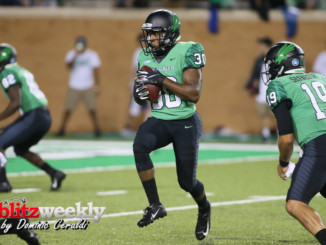 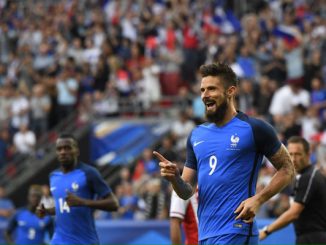