This will be the best game of the week, well heck of the season. This game will showcase the best two young quarterbacks in the league. They have both won the last two MVPs and without them, their teams are just above average. Both players are electrifying and the numbers they are putting up has them in talks for another MVP run for both. Let’s take a look at this Monday night matchup.

Why you should watch this game
You like both teams and their quarterbacks intrigue you. You either root for Mahomes or Jackson! This game will set the stage for voters to see who’s the top quarterback in league.

Why you shouldn’t watch this game
It’s Monday night and WWE is on. You want to watch “The Viper” Randy Orton RKO someone. He is the “Legend Killer!” Being a wrestling fan is hard on Monday night’s during football season!

Kansas City Chiefs
Super Bowl MVP Patrick Mahomes leads a dynamic Chiefs offense into the Ravens nest. The Chiefs offense is high powered and has the talent to run up the score on any team. The wide receiving corp has three of the fastest guys in the NFL in Tyreek Hill, Sammy Watkins and Demarcus Robinson. They average 13 yards after catching the ball. Rookie Running back Clyde Edwards-Helaire is playing like a seasoned vet. He’s averaging 5-yards a carry in this offense. The defense has to stop the run. The Ravens are averaging 200 plus yards on the ground per game so far this season. Lamar Jackson can beat you with his feet and arm, so stopping him shuts down the Ravens offense.

Baltimore Ravens
Last year’s NFL MVP was dynamic during the season, but fell short in the playoffs. The Ravens have a good team that needs to get over the hump and being led by Lamar Jackson they will. Lamar Jackson has weapons on the Ravens offense with running back Mark Ingram and wide out Marquise Brown. Jackson at this point of the season is leading his team in rushing as well. They key to victory is the defense stopping the high powered Chiefs offense. Defensive ends Calais Campbell and specialist Jihad Ward have to apply pressure on Patrick Mahomes to disrupt his rhythm under center. Cornerback Marcus Peters loves the challenge. “I welcome the challenge of playing the best!” “This will be a test to see if we are for real and making our Super Bowl run!”

Prediction
The over/under is 54.5 on this so take the under! Both defenses will play above expectations in this one. I’m torn between the two quarterbacks and can’t pick a clear cut winner on who will play well. This game will be closer than anyone expects. I’m taking the champs to pull off a close one. 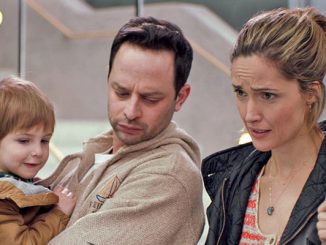