In a season that had been wildly marked with uncertainties, the one constant PBR fans have been able to rely on has been the excitement of watching Jose Vitor Leme compete from one week to the next.

And this past weekend, at the World Finals, in Arlington, Texas, Leme claimed his first PBR world title and the $1 million bonus that comes with winning the gold buckle of a champion. Needing 91.25 points to clinch, Leme was matched up with Woopa when the two combined for a remarkable 95.75 points 8-seconds later.

“It’s hard for me to explain this moment. It’s the best moment of my career — so far,” Leme said, “so I just thank God for all this in my life.”

The 24-year-old thanked his family, friends and fans for supporting his journey to winning the gold buckle.

“I work hard for this,” Leme continued, “and today I (came) to show everybody I deserve it. I am so blessed to enjoy this.”

Leme capped the season with a ride for the ages. Woopa was the highest-marked bull at the Finals with 46.75 points and claimed the ABBI Classic Championship as the No. 1 ranked four-year-old bull in the world, yet, perhaps, even more noteworthy was the 49 points Leme earned for his half of the rider score. It was time since 2001 — nearly a two-decade-long period — since a rider had been marked that high by the judges and the first time a rider received the near-perfect score in the era of using four judges.

From the moment the gate swung open, all 18,000 fans at AT&T Stadium — home to the NFL’s Dallas Cowboys — were on their feet cheering one of the most dominating performances in the 27-year history of the PBR.

It was the 16th round-win of the season by Leme — the most by any rider in the PBR this season — and he finished off the season with a 70 percent riding average, the highest since 2008 when fellow Brazilian and former Monster Energy bull rider claimed his elusive world title.

The 95.75 points was the highest-marked ride of this year’s World Finals and fourth highest in Finals history, giving Leme the prestigious honor of receiving the annual Lane Frost / Brent Thurman Award.

In addition to Leme’s success, Monster Energy dominated the Finals with four of the Top 10 riders in the event average led by Marco Eguchi, who finished third in the Finals event, while Leme was sixth, Derek Kolbaba was seventh and two-time defending champion Jess Lockwood was 10th.

Monster Energy riders have now won five of the past eight PBR world titles, including the past two years.

“You’re going to wait a long, long time to get to see a better bull ride than that by a better bull rider,” said two-time PBR World Champion turned CBS broadcaster Justin McBride, as Leme made his way to the center stage after claiming his first world title. 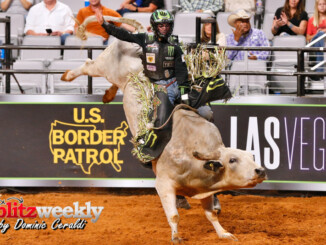 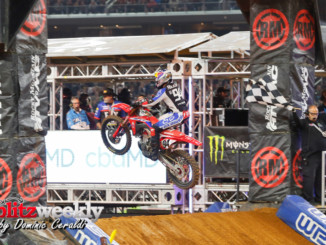 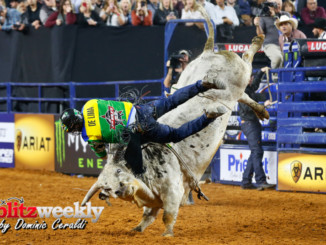