After falling in a playoff in the Hyundai Tournament of Champions last week, Jimmy Walker rebounded to win the Sony Open in Hawaii for the second consecutive year. Walker fired a 63 to win the tournament by a record nine shots and become the first repeat winner of this event since Ernie Els in 2004.

“Today was all about keeping the pedal down,” said Walker, who captured his fourth victory in his last 32 events. “That’s kind of what I talked about at the beginning of the week. If I got back to that position, could we really try to extend the lead instead of just hang on.”

In ‘keeping the pedal down,’ Walker approached the 18th tee at Waialae Country Club with an eight shot lead over Scott Piercy (-14) and proceeded to birdie the 551-yard par-5. Harris English, Gary Woodland and Matt Kuchar would finish one shot behind Piercy to tie for third.

The next stop on the PGA TOUR is the Humana Challenge in partnership with the Clinton Foundation in La Quinta, CA. Big names to watch for include defending champion Patrick Reed, Matt Kuchar, Brandt Snedeker, Jason Dufner, Keegan Bradley, Luke Donald, Zach Johnson and John Daly. This event will also mark the 2015 debut of Phil Mickelson.

— Reigning The PLAYERS Championship winner and U.S. Open champion Martin Kaymer blew a 10-shot lead in the final 13 holes of the European Tour’s Abu Dhabi HSBC Golf Championship as No. 357-ranked Frenchman Gary Stahl fired a 7-under 65 for a one-shot victory over top-ranked Rory McIlroy. Stahl would finish two shots ahead of Kaymer, who shot a final round 75.  Notables included Ernie Els (T12, -12) and Rickie Fowler (T66, +1). Henrik Stenson was among those who missed the cut.

— Tiger Woods announced he will begin his PGA Tour season at the Waste Management Phoenix Open at TPC Scottsdale. Woods will be playing in the event — which will take place the same weekend as Super Bowl XLIX to be played 20 miles to the west in Glendale — for the fourth time and the first time since 2001. The Phoenix Open annually attracts more than 500,000 people, including the 20,000 seat stadium built around the par-3 16th hole.

Woods also committed to playing the Farmers Insurance Open at Torrey Pines the following week. He has won eight times as a professional at Torrey Pines, including the 2008 U.S. Open.

— Tournament officials with the Honda Classic have announced that world No. 1 Rory McIlroy will play in this year’s event. McIlroy won the Honda Classic in 2012 by two shots over Tiger Woods to claim the No. 1 ranking and lost in a playoff last year to Russell Henley. While he began his 2015 season this past week at the Abu Dhabi HSBC Golf Championship on the European Tour, the Honda Classic is expected to be his first start on the PGA Tour this season. 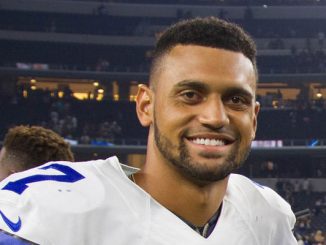 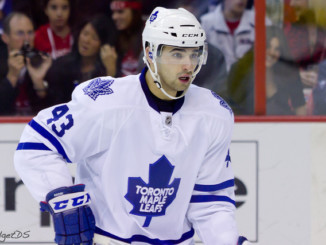