The Houston Texans (8-7) head into Week 17 of the NFL season still alive in the AFC playoff race, albeit they do need a little help.

First off, the Texans must defeat the Jacksonville Jaguars (3-12), who come into NRG Stadium following their third victory of the season, a 21-13 victory over the Tennessee Titans that has also provided them with 10 days of rest heading to Houston. Then Houston also needs the Kansas City Chiefs beat the San Diego Chargers and the Cleveland Browns beat the Baltimore Ravens. If everything falls into place, Houston gets a playoff berth in a season that saw them lose not only starting quarterbacks Ryan Mallet and Ryan Fitzpatrick to season-ending injuries, but included the disappointment of top overall pick Jadeveon Clowney playing in only four games in an injury-plagued campaign that ended with micro-fracture knee surgery.

The Texans are coming off an impressive 25-13 win over the Baltimore Ravens in which running back Arian Foster threw for a touchdown and kicker Randy Bullock made a franchise-record six field goals. Foster also rushed for 96 yards as he led the offense that was without its top three quarterbacks.

“I feel like I have a good arm,” Foster said. “So I’ve been lobbying since I’ve been in the NFL. They finally called it.”

Case Keenum, who was previously on the St. Louis Rams practice squad and had been signed earlier in the week by Houston, got his first victory as a starter in the NFL. The former University of Houston star was 0-8 last season before the Texans released him in training camp after trading for Mallet.

“I’m not the best with words, and I couldn’t put it into words,” Keenum said. “Arian said he was going to punch me if I cried. When you don’t win, it makes winning very, very sweet.”

Houston won the previous meeting against the Jaguars 27-13 in Week 14 in Jacksonville. The Jaguars were leading 13-10 going into halftime, but Foster and J.J. Watt led the way for the Texans in the second half. Foster would end up with 127 yards on the ground while the Texans defense controlled the second half, holding Jacksonville to 73 yards — including four yards in the third quarter — and picking off Blake Bortles three times. Watt ran all over and around tackle Sam Young with ease, sacking Bortles three times in the game.

It will be important for Keenum to manage the game in the same manner he did against the Ravens and not make the mistakes he did a year ago when he was at the helm. Defensive tackle Sen’Derrick Marks leads the Jaguars with 8.5 sacks, meaning the pass rush will come from the interior rather than the outside like last week against the Ravens. It will be up to the Texans offensive line to slow Marks and co. down and create some room for Foster to run while helping keep the pressure off Keenum.

PREDICTION
On their way to the No.1 overall pick in the draft, the Texans were swept by Jacksonville a year ago. Look for Houston to return the favor to the Jaguars and win 24-10. 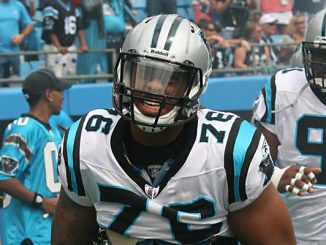