If you’re a sports fan, you probably enjoy watching a number of different sports or at least have a passing knowledge of more than one kind. However, you might not have even heard of one of the world’s most popular sports: esports. If you don’t know much about it, you will soon.

What is it?
Esports is currently the fastest-growing sport in the world. A recent report estimated that, by 2021, esports tournaments will have more viewers than every other league – apart from the NFL. If you’ve never heard of it before, esports is effectively competitive video games. Games can take part in tournaments, either on their own or as part of a team, and take on others to compete for cash prizes. It’s not just one kind of game that can be played in esports. There are sports games, strategy games, first-person shooter games, and more. The tournaments are often held in arenas, attracting huge audiences, and are also streamed online for spectators across the globe.

Is it really a sport?
There are millions of people who enjoy playing online games. With the increasing quantity and especially quality of online games, players have become more used to experiencing entertainment via technological devices. Whether they play online slot games at Aspers Casino, in which traditional fruit slots receive a technological update in games such as Cutie Fruits, or they play and watch video games on Twitch, which elevates the social element of gaming to a new technological level. As technology makes gaming more accessible and more entertaining than ever, an increasing number of people get into it. Consequently, millions watch esports tournaments today – but there’s been some debate in recent years over whether it actually counts as a sport, especially when compared to more traditional sports such as golf or basketball. Even chess is recognized as a sport, so where does esports stand in this regard?

The definition of sport
Many people in the sports world have taken against esports, especially as its grown bigger and bigger. In 2014, the president of ESPN announced in an interview that esports was just a competition, and he was only interested in what he considered “real sports.” Dictionaries usually define sport as something that requires skill or physical prowess. It can’t be denied that professional gamers are skilled in what they do, but it’s the physical prowess part of the definition that’s causing so many arguments when it comes to accepting esports as a sport.

What the future holds
Recently, the International Olympic Committee has considered including esports as a potential Olympic sport. While they eventually decided against it, the fact that the sport was even considered at all is a sign that people are starting to seriously think of it as a sport. People could argue, though, that that doesn’t mean anything, and that sculpture, architecture, and music were once part of the Olympic Games. However, those events were scrapped in 1948. Until esports is included in major events like the Olympics, it looks to continue growing. Professional sports leagues such as the NBA and Major League Soccer have partnered with video games like NBA 2K and FIFA 18 to create their own leagues, the first leagues of their kind.

As esports leagues become more organized and more legitimate, thanks to the help of big companies, there’s no question that it’s becoming more like the biggest sports leagues around. People are bound to keep arguing about esports, but you can’t deny that it’s more popular than many other sports. 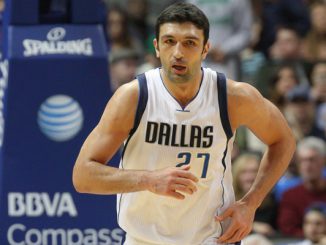 U.S. Takes Control of Group G with Win Against France 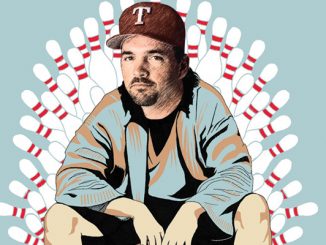