I FEEL ABSOLUTELY APOCALYPTIC ABOUT IT. Like there’s about to be the resurrection of the righteous, like we soon will see The Antichrist, followed by an appearance of The Messiah.

No, I don’t think the world is coming to an end. But I fear that rock and roll may be. Whether I am strolling the aisles of the supermarket, listening to various mutant music channels or hearing songs streaming from sports cars, all I hear are interchangeable dance-pop confections, identikit rap tunes and smudgy Xeroxes of Pearl Jam – when I couldn’t even stand the original.

Fearing the worst, that rock is dead, I spoke to several musicians who I figured might shed some light on the subject. Or at least tell me enough hopeful news, so that I might stop my sobbin.’ Or at least my hyperventilating.

Elliott Murphy would be the first witness this private eye braced on the subject. Murphy should sure as shit knows. Since his classic debut, Aquashow, dropped in 1973, this Long Island link between classic 60s bands and snotty punk rockers has played the music, written novels and articles about it, lived with it, died for it. As always, Murph offers up his own unique and eloquent take on the rock and roll.

“The chorus of the first song (“Last of the Rock Stars”) of my first album begged the question, ‘rock ‘n’ roll is here to stay but who will be left to play?’ I wrote that line in 1973, deeply concerned that as my heroes and heroines were dropping like flies (think Jimi, Jim and Janis), by the time I finally entered the magic kingdom of rock stardom, I thought the Promised Land would be a graveyard. I was wrong, of course. Rock stars do keep disappearing before their time (think Kurt Cobain and most recently Scott Weiland, Lemmy Kilmister, Glenn Frey and David Bowie) but the Stones keep filling stadiums and Bruce Springsteen played for President Obama. And if you don’t think that’s amazing, imagine Elvis playing for Ike…maybe rock ‘n’ roll has gone back underground….but maybe come some spring a rebirth, a renaissance of its past grandeur will catch us all by surprise.”

After hearing such words from Murphy, like Jagger’s “Mr Jimmy”, man, I still felt pretty ill. But some of my symptoms, like heartache, abated a bit. Yet, I soon found myself in the mall, and whatever that 14-year-old girl, hopped up on hairspray fumes and too many Mochaccino Lattes was shrieking over the sound system, well, it knocked me down again. I got into the car, threw on a New York Dolls disc and drove around until the nausea subsided. Then I called Phil Leavitt.

Leavitt is the drummer in the combustible band 7Horse, which recently had a rockin’ song, “Meth Lab Zoso,” in Martin Scorsese’s Wolf of Wall Street. The group also dropped its blistering new disc Livin’ in a Bitch of a World in March. Drummer and singer Leavitt, no matter how hard his rock and cock are, still is worried about the art form he loves so madly. To him, it’s a simple case of kids misplacing their priorities.

“It seems to me that right now, there is a problem with the authenticity of the music,” said Leavitt. “Technology has worked against it. And all the stuff available in the studio has made rock and roll and music so easily manipulated that it’s hard to get the right feel for this stuff. Plus, not enough kids are going back to the music’s roots and learning about blues and country. Also, the early rock drummers, at least the ones in the 60s, like Charlie Watts, Ringo Starr and Keith Moon, all listened to the swing drummers of the 40s, like Gene Krupa and Buddy Rich. Rock and roll, as with The Stones, used to really swing. That element is missing. The cool grooves.”

Leavitt makes allowances for the paucity of real rock and roll in the world right now, but that only urges him on to make the best kind he can make.

“All I can do is keep my head down and hope for the best,” the drummer said. “This is the only thing that makes me happy, playing this music. So, I don’t really have a choice, if I want to have a good life. But as far as your question? It’s a critical situation. Rock and roll may not be dead, but it is definitely on life support.”

This was all pretty edifying. But more than that, deeply depressing. I spent much of the rest of the day, listening to Exile on Main Street, Raw Power and Give ‘Em Enough Rope. I slapped on Quadrophenia, This Year’s Model and Straight Outta Compton. It was hard to believe that these life-changing,  form-stretching discs were merely to be relegated to some golden era in the past. Maybe, just maybe, our new, nasty, noisome epoch would be prologue to yet another amazing time for loud guitars, cracking drums and some irreverent, shit-hot lead singer. I had to believe that. Else, what’s a heaven for?

I decided to speak to folk-punk legend Willie Nile. It probably was a good time. This beloved songwriter was working hard to finish up his new disc, due in April.

“Rock ‘n roll is very much alive,” said Nile. “It’s just hangin’ out in the backstreets and back alleys these days. Rock n roll, at its best, was always an outsider art form and for sure these days it’s definitely outside the main stream and that’s more than okay with me.

“I like music when it rocks and is real and pulls no punches and doesn’t cater to the flavor of the month. To hell with jumping on some bandwagon. All the pollsters and the charts and the numbers mean nothing other than measuring business profits. And there’s nothing wrong with that. But just because something brings in a ton of dough and is popular doesn’t mean it’s any good or has any meaning other than lining pockets.”

Willie, who for a cool rockin’ daddy can spin out a line of pure positive poetry, then amplified his previous remarks so that they produced really good (amplifier) feedback about rock. He went on to make maybe the most definitive statement about the music that I had maybe ever heard. Preach on, Brother Willie!

“I’ve got a great band that takes no prisoners and we have a blast when we play,” he said. “I always tell the promoter ahead of time to alert the local fire department that we’re gonna raise the roof and burn the place down and then build it up again.

“The shows are a call to arms to life and passion and beyond. Life is real and it’s often brief and for me there’s some semblance of salvation in it. There’s a redemptive quality to it sometimes that makes it worth the effort and hard work and risk and worth the journey.

“People live and die and music can reflect that. Jim Carroll’s People Who Died is a perfect example of great rock ‘n roll with depth and meaning and it’s a great rocker you can dance to it. I always love playing it and the audiences are always on their feet in agreement. It’s a masterpiece and it still lives.”

Somehow, talking to Willie always does the same thing for me. Makes me want to live. And since I’ve decided to do that, I’m going to need to eat and sleep. And I’ll also need something to listen to. So, okay, guys, okay. I’ll give this life one more day. After that, no promises. But in the meantime, where in hell is my copy of Back in Black? 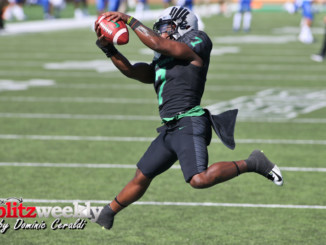 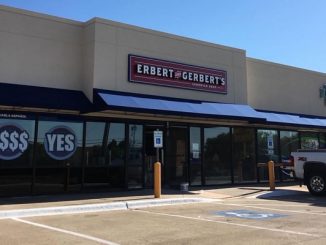 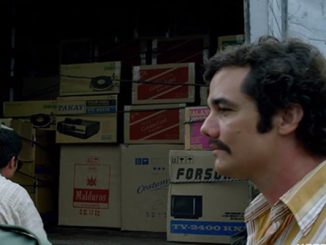