Cain Velasquez is the current champion of the heavyweight division and in his title fights he has almost demolished all of his opponents in the likes of Brock Lesnar, Antonio “Bigfoot” Silva, and former Heavyweight Champion Junior dos Santos, in which Velasquez had previously lost in their first encounter. However Velasquez avenged his loss in two dominating performances against dos Santos. With just how great of a fighter Velasquez is, it seems that there is not much left for him to accomplish. Even though he has not been champion for a very long time, he has already beaten some big names and even beat the only man to defeat him twice. His feats thus far could provide opportunity for Velasquez to possibly retire early.

Scheduled to headline UFC 188 in Mexico City, Mexico; Cain Velasquez vs. Fabricio Werdum is possibly one of the most anticipated fights of 2015 and may also be considered to be the best heavyweight fight ever put together by the UFC. With both fighters having great careers and defeating many names along the way, they have proven to everyone why they are at the top of the leader board in the heavyweight division.

Though, if Velasquez is successful in defending his title against the current interim champion the question everyone will be asking is, “Who is next for Cain Velasquez?”

The next possible fight for Velasquez could possibly be Andrei Arlovski after his impressive victory over Travis Browne at UFC 187, or even Stipe Miocic after manhandling of Mark Hunt at UFC Fight Night 65. It would seem to make sense, but in reality neither of these fighters can come close to the speed or striking that Velasquez posses or let alone have the cardio to stand up to him. Even their ground game is like child’s play compared to his, so they all would just be more opponents to help increase his mixed martial arts record.

It all seems that there is not much left for him to face as almost everyone in heavyweight division is nowhere near the level of athleticism that Velasquez is at, which makes people wonder if Werdum really is the last ‘real’ challenge for him.

In fights, Werdum brings great striking and possibly better ground game than Velasquez with his jiu-jitsu as he uses the ground to draw his opponents into grappling holds, which is something Velasquez never tries to accomplish in any of his fights. After all Werdum has been undefeated since returning to the UFC in 2012 and among his past five fights he has defeated big names in the business and even showed a dominating performance against Travis Browne, who was considered to be a heavy favorite. He even overcame the odds against possibly the most dominate heavyweight fighter ever, Fedor Emelianenko, as he submitted him after being knocked down proving to everyone that the fight is never over until it is over.

What else does Werdum possess that could possibly bring a challenge to Velasquez? His Judo and Muay Thai that can help him even the score to Velasquez’s striking that everyone knows can be viciously brutal. That would even make the fight more of a standing game as Velasquez knows he does not want to try a ground game with Werdum due to his ability to submit opponents whether he is in control or not.

When looking at all the aspects of what Werdum has and other fighters do, it starts to become clearer that Werdum really is the last ‘real’ challenge for Velasquez as there are other heavyweights with great skills, but nowhere as great as Velasquez.

If he does manage to remain champion after UFC 188 then he will indeed have eliminated all his competition and every fight from there on would just be easy picking for him.

Unless, the UFC manages to sign more heavyweights with great talent, Velasquez will remain the champion until he possibly hangs the gloves up for good. 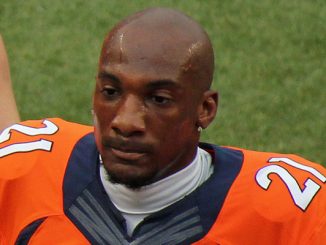 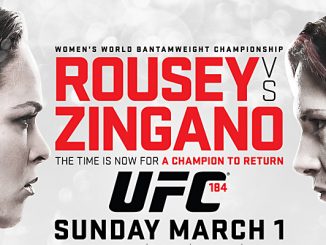