The Jacksonville Jaguars (2-10) look to win back-to-back games for the first time this season as they welcome the Houston Texans (6-6) to EverBank Field on Sunday.

It will be a battle between Jaguars rookie quarterback Blake Bortles and Texans veteran signal caller Ryan Fitzpatrick, who regained his starting job after his replacement Ryan Mallett was placed on injured reserve on with a chest ailment. Fitzpatrick was 24 for 33 with 358 yards and threw a franchise-record six touchdowns without an interception in last week’s 45-21 destruction of the Tennessee Titans. On the other hand, Bortles threw for 194 yards and a touchdown and was sacked seven times in the Jaguars 25-24 win over the New York Giants. It was also Bortles first game without an interception.

Bortles, who has passed for 2,261 yards, been intercepted 15 times and thrown for nine touchdowns, will be up against the Texans defense led by MVP candidate J.J. Watt  that has only surrendered 23 points in their past two road contests. Watt had two sacks last week to bring his season total to 11 1/2.

Meanwhile Bortles, the third overall pick in this year’s NFL Draft, will not have to deal with the top pick this week as the Texans Jadeveon Clowney will undergo another procedure on the right knee he had arthroscopic surgery Sept. 8th. It officially ends a disappointing season for Clowney that has included a sports hernia, a concussion and the nagging knee injury.

I want to be real clear about this with him as it relates to us here and the Houston Texans,” Texans head coach Bill O’Brien said. “We think very highly of him. We know that he is going to be a really good player.”

Fitzpatrick, who was the AFC Offensive Player of the Week in his return to the Texans starting lineup, will face the Jaguars defense that has specialized in causing turnovers this year. In addition to the 13 fumble recoveries and 18 interceptions, Jacksonville’s defense led by linemen Chris Clemons and Sen’Derrick Marks has 37 sacks.

While I do not expect a repeat of Fitzpatrick’s near-perfect game of a week ago,  look for running back Arian Foster to have a big game and for the Texans to be too strong for the Jaguars. Houston will win 31-17. 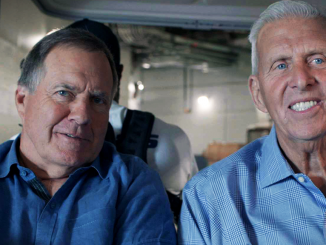