Saturday was a major step in the right direction for the Dallas Cowboys, and it looked like the offense we’ve all thought it could be. It was down two of the best assets of that side of the ball, right guard Zack Martin and wide receiver Dez Bryant. On defense, despite solid coverage that was beaten by a dime ball from Teddy Bridgewater, the group held the Vikings top unit out of the endzone, although they were also down their top offensive weapon in Adrian Peterson. Randy Gregory is going to light the league on fire, and his running mate DeMarcus Lawrence might be one of the stronger players on the defense. Also seeing Sean Lee play hard and in tune was such a welcoming presence.

As for Thursday, it’s the battle for the final roster spots. Per my roster viewing, I see only eight spots that aren’t nailed down.

Cowboys to Watch
#1: DB Byron Jones – (#31) – Let me start by saying, Byron Jones isn’t in any danger of missing the roster. Another thing, isn’t it such a luxury to have the Cowboys first round pick not needing to be thrown straight to the dogs, allowing him to get comfortable in both cornerback and safety, which he took first team reps in Monday’s practice in JJ Wilcox’s absence. Jones is likely going to get the first quarter and then some in Thursday’s game.

#2: LB Damien Wilson – (#57) – Wilson isn’t in danger either, but should get some game action, maybe the first quarter. Wilson has great instincts, a nose for the ball, and the speed to get him there. To start the season, he’ll be a great rotation linebacker in Rolando McClain’s four game absence.

#3: QB Jameill Showers – (#7) – Now, Jameill Showers is in danger of not being on roster, after September 5. The reason why I say Showers is worth the watch is because Dustin Vaughan isn’t. The Cowboys aren’t going to learn anything from Vaughan in this fourth and final game that they haven’t already learned from all of last season and this training camp so why not give Showers the full opportunity of the fourth game?

#4: WR Lucky Whitehead – (#13) – Not that he has shown a lot, but a final strong performance of the preseason could get Whitehead on to the final 53 man roster. Whitehead has strong route running in his bag of talents, along with speed and his ability to return punts. He might not be helped much by either quarterback, but with the ball in his hands, the electricity ramps up.

#5: TE Geoff Swaim – (#87) – In my mind, I continue to view the third tight end spot as a battle. James Hanna hasn’t been around much this preseason to fend off the five year younger, seventh round pick Geoff Swaim, who has caught most everything thrown his way this preseason. Swaim might be headed for the practice squad, but he might get picked up if the Cowboys aren’t careful.

Texans to Watch
#1: QB Tom Savage – (#3) – The second year quarterback out of Pittsburgh, has been given the final dance. Although, Bill O’Brien has put all three quarterbacks of his on the Texans’ roster, the only drafted while he’s been head coach there, has been Tom Savage. He’s got a 98.7 quarterback rating, and has 324 yards passing, which isn’t bad given the fact that he’s the third quarterback and has had limited showings through the preseason, because their quarterback situation isn’t 100 percent solved.

#2: DT Christian Covington – (#95) – I liked Covington coming out of Rice, and there is a lot to like. 289 pounds, and a great motor. I don’t actually know how far up or down the Rice product is, but I’ll assume he’ll be in the game for at least the first quarter or so.

Prediction: Houston 23 – Dallas 20: Oh, no! The Cowboys lost every game in the preseason. 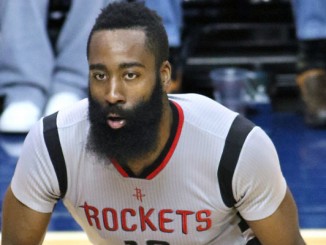 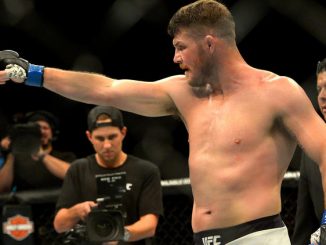 Bisping Upsets Rockhold In First Round To Claim Middleweight Title 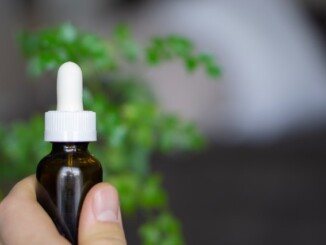 CBD: Application and Possible Side Effects