2013 was a year of complete and utter adjustment, adaptation to a new league. A new set of teams and a set of 25-40 kids learning to do things on the fly in the big leagues. You may recall that within the 51-111 season the final two weeks of the campaign ended on a 15 game skid against teams who seemingly were in the playoff chase and able to take full advantage of the naivete and youth of Bo Porter’s team.

Despite all the struggles and a record that was only 22-48 the final 70 games of last year in my memory bank stood a quartet of pitching that had all the upside in the world with Jarred Cosart, Brett Oberholtzer, Dallas Keuchel, Brad Peacock. Hurlers who could induce ground ball outs prior to the mid relief and closers having their issues closing out games.

With a little relief this Astros team could compete with anybody.

Let’s go back one month and ponder the following: At the All-Star Break last year Houston had a mid-season mark of 33-64. In the event the Astros defeated the Rays on June 15 their record will be at 33-38. Precisely a one month turnaround from 12 months prior.

Since May 11th 2014 the following about this year’s Astros team  is the undeniable truth.

1. With the loss on Father’s Day the Astros still had another successful homestand at 3-2 for the week. The third straight homestand where the record was on the winning side. Best performance since July-September 2010. Home record of 11-6 since May 11-3rd best in the American League.

2. Red Hot: Coming into Father’s Day weekend, the Astros have won five of seven, seven of ten, fifteen of twenty-one and are 21-12 since May 11. Best in the A.L. West and second best in all of baseball behind Toronto and ahead of San Francisco. That’s a .636 pace!

3. They Went to Jarred’s: With a five run fifth inning and a three run double by Matt Dominguez, Jarred Cosart’s seven inning start improved his record to 6-5 with a 7-3 victory over the Rays. With the win Cosart has gone 5-3 with a 2.21 ERA in his last ten starts. Eight of those starts have been of the quality variety. For a look at the last time that has happened refer to Roy Oswalt in 2010 April 5 – May 26 of said year.

4. All Star consideration: You better believe I am high on this bandwagoning trail. A legitimate candidate to get to 15-17 wins by seasons end Dallas Keuchel has been red hot. Currently tied for third in the A.L. for wins, since May 8 Dallas Keuchel has been the #1 hurler in innings (54.1), ERA (1.33), complete games (2) and overall record (6-1 Ties him with Yankees hurler Tanaka). Opponents have hit only .220 against him and his ground ball to fly ball outs is tops in the bigs (3.84) Simply put Dallas Keuchel belongs in the conversation for starting pitchers come July 15.

5. Chris Carter has been in another galaxy where hitting unconscious goes. How about seven homers in his last 13 games while providing his first walk-off homer in extras over the Diamondbacks on June 12. According to the Elias Sports Bureau, Carter became the first Houston Astro player ever to hit a walk-off blast one game after hitting two homers in a contest. His slugging percentage since May 28 is .646. Five of his last six hits have been of the longball variety. His grand slam on June 8 at Minnesota was his first in 25 plate appearances with the bags loaded.

6. Road Weary? Not even close! A five game road trip awaits Houston after another successful homestand with two games in the nation’s capital and three in Tampa Bay. Winners of eight out of ten away from Minute Maid Park one must go back to 2010 for the last time Houston has had such success. In the last 15 games on the road the Astros are at a .600 clip.

7. This Chad Can Hang (Except in Florida): Prior to allowing a home run on June 12 to Miguel Montero, Chad Qualls had gone 19 appearances and 17.2 innings since allowing a run. A span that began back on April 21. Including Thursday night’s longball moment Qualls has an era of 0.48 with one walk and 17 strikeouts. Houston: You now have a closer…

9. After 70 games in 2013 the Astros were a miserable 26-44. Coming into play on Flag Day a respectable 32-28 despite eight blown leads by the bullpen. Last year’s 32nd win wasn’t achieved until July 6 (A game I attended at Globe Life Park). Win #33 didn’t happen until July 12 as we headed for the All-Star break.

Almost one month ahead of the pace set forth last year it is certainly possible to believe and expect that this year’s Astros team will be at the 40 win mark by the All-Star break this year on July13. The 51 win mark of 2013 is going to be obliterated. Remember how I told you back in February that this years A.L. West was going to be a tight albeit competitive one? In the cellar and only ten games out of first place? Two games back of the injury depleted Texas Rangers? Can you say Texas Leap Frog? That day is coming…and quickly.

This date in Astros history: 1967-Jimmy Wynn has himself a three homer game defeating the Reds 6-2. The only three homer game for an Astro until 1994. 1976-Because of heavy flooding the only instance where an Astros game had to be postponed due to inclement weather. 1963-Juan Marichal becomes the first pitcher to hurl a no-hitter over the Houston Astros . JFK was your president and the team was then called the Colt 45’s… 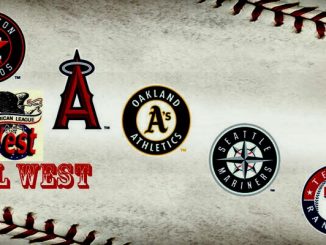