The Nuggets are one of the bigger mysteries in the Western Conference going into next season. They were plagued by injuries last year, a couple of which that were so severe they’re going to linger into the new season as well. While this is going to be Brian Shaw’s second year as a head coach, he’s not going to have the luxury of truly being able to pick up where he left off last year due to all the new pieces that he’s going to have to integrate into his system. However, he did learn over the course of last year how to best utilize Ty Lawson and Kenneth Faried, who look poised to lead the way for Shaw and continue their ascents. The addition of Wilson Chandler, a borderline All-Star last year, at their weakest position without giving up any significant assets was one of the better deals of the summer. If healthy, the Nuggets certainly have the potential to make the playoffs in the West, but that’s a risky assumption considering that they won’t even be going into training camp healthy.

After lighting it up with Team USA in Spain, Faried will be coming back to the Nuggets a changed player. Over the course of just a couple of months with Team USA, Faried has gone from a player expected to provide some energy off of the bench and backing up Kevin Durant to one of the team’s biggest contributors. Faried is averaging 13 points per game with Team USA on a blistering 71 percent shooting from the floor and a team-high 8.1 rebounds. There’s nothing suggesting that Faried won’t continue his tremendous play with the Nuggets. It seems Faried really started to grasp the Nuggets’ new offense under head coach Brian Shawn in the second half of the season as Faried increased his points per game from 10.4 per game before the All-Star break to 18.8 after the All-Star Break. In addition, Faried’s rebounding per game improved from 7.6 to 10.1. Faried’s tremendous improvement this year is another reason why the Nuggets could make some noise in the playoffs.

After undergoing two knee surgeries in the past 18 months, Danilo Gallinari is said to be ready to return and feeling great. The Nuggets desperately missed his versatility last season as he can play both forward positions. At 6’10, Gallinari can play the three-spot on the floor with the best of them and at 225 pounds, he is big enough to compete with most power forwards in the league. Two seasons ago Gallinari shot 37 percent from three-point range and adding him back onto the floor will provide another weapon for Coach Shaw to utilize. Gallinari also possesses the necessary ball-handling skills needed to run in the Nuggets’ up-tempo offense.

The Salary Cap
The Nuggets have held onto most of their Mid-Level Exception, saving $4.8 million after giving rookie Erick Green a three-year minimum deal. The team is also invested in 13 guaranteed players, with a 14th (Quincy Miller) locked in for $150k. Kenneth Faried, who has been a vital part of Team USA’s quest for the World Cup, is eligible for a contract extension. Denver is over the cap but under the luxury tax. The team also had four traded player exceptions ranging from $1.2-$1.7 million.

The Future is Now!
The 2015 NBA Draft is coming up fast and the Nuggets have been trying out some young collegiate players. Stanley Johnson is the 6`7 Small Forward from Arizona, projected to be the 11th pick by ESPN.com and would be a steal for Denver. University of Kentucky 6`6 guard Devin Booker would be a great fit to play alongside of Wilson Chandler on the wing. He’s listed as one of the top consistent shooters in the draft. They could also steal 6`5 Jerian Grand from Notre Dame in the second round. 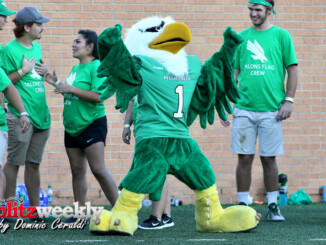 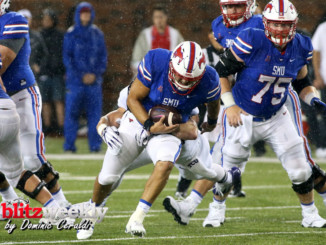