Hello fellow gamers. It is midway through the year and you have beaten all of your Christmas video game gifts. You want a new challenge and, if you are like me, a way to beat the blistering 100 plus degree Texas summer. But you didn’t click on this article to get a weather update, so I will get right to the video games to look forward to in the latter part of 2015.

Lets go in chronological order shall we?

Batman Arkham Knight: June 23
Get your batarangs ready because Batman on next generation consoles  is here. Just thinking about how Batman will look on PS4 and Xbox One gets the batmobile revved up. Werner Brother and Rocksteady Studios did a great job with the first two Batman adventures with Arkham Asylum and Arkham City both winning game of the year in their respective years (Rocksteady did not help develop Arkham Origins the third of the series). Usually these games are long lasting with a well developed story line that is easy to follow. If you want to beat the heat, pick this game up and see if your beach tan fades away.

FIFA 16: September 22
Come on we have to get a sports game in the mix! This is the most popular sports game worldwide and it looks to reach an even bigger audience by adding the women’s national teams. You guys say, “so what” right? Well, this is a huge step for professional women’s soccer players and youth players worldwide. This could also promote women’s right across countries too (hey, maybe they will actually get to play on grass instead of turf at the next World Cup). Plus, won’t it be upsetting when your friend beats your USA men’s national team with their USA woman’s national team? This game will be every bit as fun and realistic as its predecessors which makes this one of the best sports games to play.

Halo 5: October 27
Sorry PS3 and PS4 users, Halo reigns supreme. Xbox One did an incredible thing by bundling four Halo games with the console in the Master Chief Collection, but really it was one bad advertisement for Halo 5. Before Call of Duty and Battlefield, Halo was the go to first-person shooter and Microsoft is trying to get that back. I honestly have no idea what to expect from this game. I’m sure it will sell and Microsoft will make their profit, I just hope the gamers don’t get let down like they have been with this video game series lately.

Call of Duty Black Ops III: November 6
Well if you buy it, they will keep making it. The cycle of COD continues in November as Treyarch makes their third Black Ops. The days of great Modern Warfares are over COD fans, I’m sorry. Advanced Warfare is just about awful. This is my third or fourth year of almost fully playing Battlefield over the COD series. However the multiplayer is still there and your friends will buy the game so if you want to play along hock up 60 bucks come November, but I would save that money for a week or so.

Star Wars Battlefront: November 17th
I’m just telling you right now, I’m getting it. I’m already sold. I loved these games and I can’t wait to play this on the next generation platforms. They lined it up nearly perfectly with the release of Force Awakens, which I don’t have to remind you is the title of the seventh Star Wars movie coming out in December. Like the long amount of time in between for Anchorman 1 and Anchorman 2, it may be too late. However it makes you wonder if they purposely skipped a generation thinking the one after it would be better? Or did they just want to time it with the movie? Either way, I’m suckered in and counting the days until that Tuesday.

Other honorable mentions are Assassins Creed Syndicate (October), Mortal Kombat X (December), Fallout 4 (December)and Guitar Hero Live (December). Assassins Creed games are hit or miss with me and the latest one was a dud. Mortal Kombat X has already been creating a lot of buzz in ads and I’m intrigued to see how it looks on the next gen consoles. I was late to the Fallout and Guitar Hero party but both are legend video games for their own different reasons. It will be interesting to see the live features for Guitar Hero.

If you have any other video games you are looking forward to that I missed, hit me up at the twitter link under my name. I’m always interested to talk video games with the gamers. 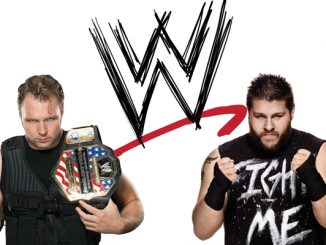 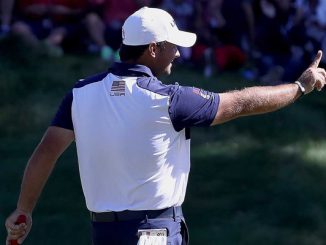