Whenever talk of National Hockey League expansion comes up, there are concerns voiced about how increasing the league’s size from 30 to 32 teams will dilute the talent pool and damage quality of play. Fans and NHL analysts alike have said many times over that the NHL would be better served to relocate teams in weak markets to markets more ripe with avid NHL fans.

With record-level revenues and a minimum $500 million expansion fee, which the NHL wouldn’t have to share with the players, it seems as if expansion by two teams is inevitable at this point.

Commissioner Gary Bettman made the news official at a press conference following a Board of Governors meeting in Las Vegas on June 24.

“Over the past several years we have received numerous expressions of interest from potential markets and ownership groups that have indicated an interest in joining the National Hockey League,” Bettman said. “The Board decided today to examine those expressions more formally and also to welcome any other groups or markets that may be considering pursuit of an NHL team.”

Interested groups were able to begin submitting applications to the league July 6 and must do so before an Aug. 10 deadline.

But what about the concerns of talent dilution, competitive play, and of course – what cities have a legitimate shot at an NHL expansion franchise and does that city have enough avid hockey fans to financially support it?

Would It Dilute The Talent Pool?
By the simple nature of expansion in professional sports leagues talent dilution is inevitable. If two teams are added, you are also adding at least 50 jobs for players who may be fringe third- and fourth-line players at best, or aging veterans who have been muscled out by younger, more talented players.

So, yes, the talent pool would become a bit diluted. But that’s not necessarily a bad thing.

Imagine how excited you get when you watch some of the very best NHL players – looking at you Sidney Crosby, Alexander Ovechkin, and Jamie Benn – deke and hustle their way past some of the other premier players in the sport to score a beauty of a goal, or set up a score with an amazing through-the-legs pass for that vital assist.

Now imagine what those same players could do against those fringe players when their teams take on the two expansion teams during the regular season. The highlight reel moves and goals that could be had as a result would absolutely be good for the sport because of how marvelous watching that happen could be.

While the two new teams probably would be terrible, that doesn’t mean they won’t be competitive.

Expansion teams would get their first real taste of acquiring talent through the expansion draft, which always is exciting when you get to experience one. However, there also are enough players available in free agency right now to build two decent enough teams.

There are plenty of options for expansion teams to build up competitive teams. They won’t make the playoffs, but they’ll at least be fun enough to watch most nights.

What Cities Are Serious Contenders?
The NHL has never been more successful in terms of overall revenue, bringing in a whopping $3.7 billion in 2014, but it’s a bit of a different story with overall product demand.

The league still has a handful of teams in markets where there are not enough hockey fans to financially support them. Given that the list of cities, which are considered serious contenders for an expansion team, includes Las Vegas, Seattle, Quebec City, and Toronto, there are legitimate questions surrounding two of the four proposed destinations for the two new teams.

According to research done by Neil Paine at FiveThirtyEight, an NHL club’s operating income is closely correlated to the number of avid NHL followers in its media market. The break-even level of local fandom for a profitable franchise was found to be 300,000 to 400,000 fans. Teams with fewer than 300,000 hockey fans have a tendency to lose money and prove to be burdens on the NHL long-term – which is why the wisdom of adding a team in either Las Vegas or Seattle is iffy at best.

If history is any indicator, Las Vegas and Seattle both fall short of that criteria. Quebec City and Toronto, on the other hand, are premium locations to award franchises to and would do well with the large number of hockey fans already there in terms of appeal, but also would be profitable if run responsibly.

But how do the two cities that make the most sense for expansion stack up against the two that don’t?

Seattle
Seattle has roughly 240,000 NHL fans, fewer than that of Phoenix and Florida’s Tampa Bay, home to two franchises that haven’t turned a profit in many years. The fact that Seattle also is lacking a concrete plan for an arena to house an NHL team, it’s improbable at best the city could win an expansion team and have the team ready to play in Seattle by 2017.

Las Vegas
Las Vegas has the potential to be one of the most interesting destinations for any major sports franchise. But with only about 91,000 hockey fans in the Vegas media market, nearly 40 percent fewer than Nashville – the current least avid NHL city – it’s not a stretch to imagine the team being in financial ruin if tourists don’t show up nightly to hockey games in droves.

The largest reason things are looking good for Vegas right now is a group led by prospective team owner Bill Foley that already has picked up more than 13,000 season-ticket deposits. That’s an impressive number considering the NHL has made zero promises that Las Vegas, or any other city, would even get a team. Couple those notable figures with the fact an arena is already under construction that will hold 17,500 people for hockey games and it seems clear that Vegas is the obvious front runner for one of the two teams.

Quebec City
Quebec City used to be home to the Nordiques before losing the team to Colorado in 1995. With nearly 530,000 hockey fans already in place, the city has a stronger case to be made for receiving an expansion team than Las Vegas or Seattle. The city also compares favorably to Winnipeg, which the NHL finally returned to in 2011 (after sending the original Jets team to Atlanta of all places) and the team has turned a profit each of the past three seasons (per Forbes’ data).

Despite its small metropolitan population – roughly 800,000 people – Quebec City just finished building a brand new, state-of-the-art arena and its rabid fan base is anxious to get NHL hockey back.

Toronto
Toronto already is home to the Maple Leafs, but it has one of the largest hockey markets in Canada and if a second team were awarded to the city it would instantly become more popular and more profitable than most existing NHL franchises. The biggest issue would be the Maple Leafs ownership blocking a second team from entering their market, but that could all be resolved on the business side of things.

Placing a second team in the Greater Toronto area seems like a no-brainer, with more than 4.6 million people there and the large majority of them avid hockey fans.

For hockey fans in Canada or American cities hoping to score the latest addition to the NHL, whichever two cities do get awarded expansion teams likely will be due to what makes financial sense, aside from the massive expansion fee, and what is sexy enough to sell. That seems to point to Vegas and one of the two Canadian cities. 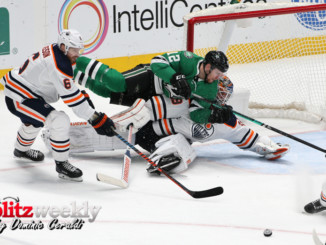 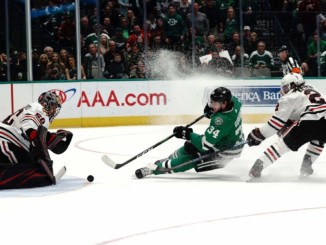