It might have taken five years but the scene everyone has been wanting to see finally happen: Floyd Mayweather Jr. and Manny Pacquiao, the two best fighters in the world standing face-to-face in front of a packed crowd. 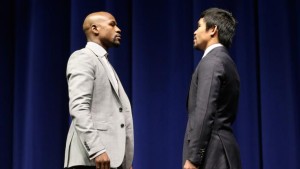 The long-awaited moment played out Wednesday afternoon at the Nokia Theatre in downtown Los Angeles where, the fighters were introduced to more than 600 credentialed media members.

“It’s been a long road but we’re here now,” said the unbeaten Mayweather on Wednesday, as the countdown began to an eagerly awaited welterweight world title unification showdown in Las Vegas. “On May 2 I have a tough test, because Manny Pacquiao is a good fighter. I can’t see how it will play out, I am not a psychic. But you best believe I will be in top shape and the best I can be.”

Pacquiao referenced during his time at the podium the long haul it took for the sides to finally make a deal for a fight that will easily be the richest in boxing history. “The fight is on, and we’re very excited. Both of us will undergo hard training and we will do our best on May 2 to make you happy,” the Filipino star said with a smile. 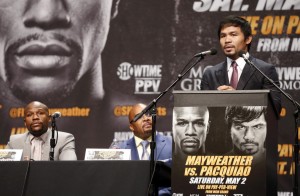 At the end of the only press conference the fighters will do prior to the week of the fight Leonard Ellerbe, Mayweather’s longtime friend and adviser, announced that tickets would range from $1,500 in the upper reaches of the MGM Garden to $7,500 at ringside. The (Showtime PPV/HBO PPV) pay-per-view price wasn’t announced, but is expected to be in the $90-100 range.

Mayweather events average more than one million pay-per-view buys per fight, which is the highest average of any boxer in history. He also holds the all-time record in gross pay-per-view receipts and has participated in three of the top six highest grossing pay-per-view events of all-time.

Due to Pacquiao (57-5-2, 38 KOs), being the only fighter to win eight world titles in as many different weight divisions. A three-time Fighter of the Year and the Boxing Writers Association of America’s “Fighter of the Decade,” along with a  resume which features victories over present and future Hall of Famers, including Oscar De La Hoya, Ricky Hatton, Marco Antonio Barrera, Erik Morales, Miguel Cotto, Shane Mosley and Juan Manuel Márquez.

While Mayweather has become one of the most decorated fighters in the history of the sport, the undefeated Mayweather (47-0, 26 KOs) is an 11-time world champion in five-weight divisions and is universally recognized as the No. 1 pound-for-pound fighter in the world. With his trademark speed, defensive prowess and ability to read his opponents Mayweather has amassed wins over 20 world champions in his already legendary 19-year career. 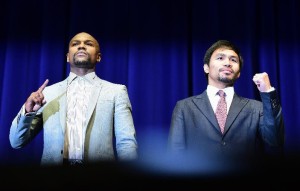 In addition to his in-ring accomplishments, Forbes, Fortune and Sports Illustrated have named Mayweather the world’s highest-paid athlete multiple times.

Just like the news conference began it ended with the two champions posing together once again.

As the fight which needs no hype will likely to be front and center for the next six weeks, until fight night comes May 2. 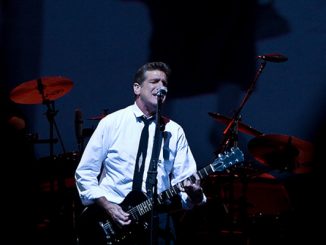 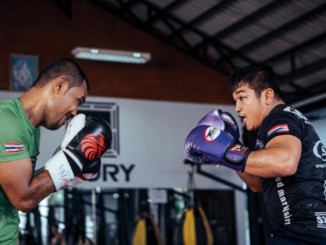 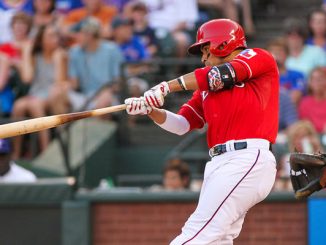