On July 1, at 12:01 ET the NBA free agency scramble tipped off and so much happened in such a short amount of time. Teams have made moves on moves, and some teams have seemingly been left behind. While it is true that players and teams can only agree to terms and not technically sign until July 10, there has still been an overwhelming sense of change, both for the good and the bad for certain teams in the NBA. Here is a look at some of the winners and losers of the first day of free agency.

Winners include both players and teams. The San Antonio Spurs, Phoenix Suns, Chicago Bulls, and Miami Heat are all winners in my book. The Spurs get two great young players in Kawhi Leonard and Danny Green. DG agreed to a four-year $45 million dollar deal whereas KY agreed to the framework of a five-year max contract deal valued at $90 million.

Both of these guys are offensive capable but defensive minded. KY is one of the best two-way players out there right now and is looking to make the Spurs his team with players like Tony Parker, Manu Ginobili, and Tim Duncan in the twilight of their careers. The Spurs are also major contenders and odds on favorite to get LaMarcus Aldridge. Talk about scary huh?

The Phoenix Suns agreed to terms with Brandon Knight and Tyson Chandler as well. Knight gets a five-year extension worth $70 million while the big man Chandler got a very lucrative deal worth $52 million over a four year period. With this deal the Suns can keep Bledsoe at the two-guard position, and have solidified their center position, which is something that the Suns drastically needed.

Speaking of the Suns, they have suddenly become major players in the LaMarcus Aldridge sweepstakes. If they manage to land, arguably the biggest fish in the free agency sea, then they would undoubtedly become the winners of the offseason, bar none.

The Chicago Bulls struck quickly in free agency, not by making moves, but instead keeping the talent that is already on the squad. Signing Jimmy Butler and Mike Dunleavy are two highly praised moves that show that the Bulls believe that their core is just fine. Butler’s four-year max deal with a player option for the fifth season is worth about $90-95 million, while Dunleavy’s three-year deal is worth a modest $14-million.

Sometimes the best move is keeping what you have, and the Bulls are proving that they like the continuity, cohesiveness, and talent that their current team, or at the very least their starting lineup, already has.

The Miami Heat are winners because of one signing in particular. They got the “Dragon” aka Mr. Goran Dragic for five-years and $90 million. With this signing, the Heat will actually have a consistent and decent point guard for the first time in a long time. Dragic makes plays, can shoot, has a decent assist-to-turnover ratio, and has proven that he is clutch.

The great thing about this is that because his deal is done, they can now focus on retaining Dwyane Wade. This is definitely a priority for the team and they will continue to try and find a solution sometime soon.

Now I haven’t mentioned all the winners but I would really like to get to some losers. So here goes.

So far the biggest loser, by far has to be the Portland Trailblazers, hands down. I mean they have basically lost 60 percent of their starters, and do not really look to be in the running to retain any of their talent. LaMarcus Aldridge and Wesley Matthews are both looking to leave, while Nicolas Batum has already agreed to a deal with the Charlotte Hornets.

They have signed Al-Farouq Aminu to a four-year deal, and have acquired Mason Plumlee, but Aminu has a consistency issue and Plumlee has not started a full season in the NBA yet. There are also talks, according to a few sources that say that Damian Lillard’s contract will likely top the $120-million dollar mark. That is just ridiculous. The Trailblazers front office and coaching staff better get it together, and soon because they are, in my opinion, going from possible contenders to likely pretenders.

Another major loser so far has to be the Dallas Mavericks. Yep, you had to know this was coming since I mentioned Tyson Chandler and Al-Farouq Aminu. They also lost Rajon Rondo and Monta Ellis.

Now the Mavs are in talks with Wesley Matthews, DeAndre Jordan, and LaMarcus Aldridge, but those are all plan A’s. If they do not manage to get at least one of those big fish, then Mark Cuban, GM Donnie Nelson and head coach Rick Carlisle will be doing some serious scrambling to try and salvage this offseason.

Well there you have it. There have been so many moves and so many agreements that I could not possibly put them all in one article. It would probably be as long as a book. Expect much more coverage and up to date knowledge about the moves being made in the NBA. 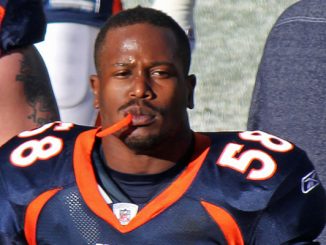 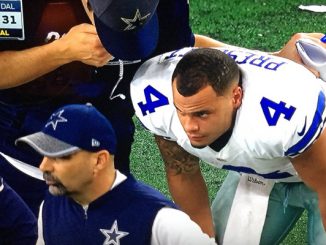