After an eventful Saturday of college football which crowned new champions in each conference the committee reached a final decision. The rankings seemed pretty clear cut on who was going to be in the “Final Four” if the teams that were supposed to win actually won.

Clemson won an eventful ACC championship game against the North Carolina Tar Heels and with the win secured the top spot in the College Football Playoff rankings.

Rounding out the top four was going to be up for debate. Alabama, Oklahoma, and Michigan State all won their respective conferences and each had one loss.

Alabama who has been the steady number two since the rankings have been released secured their spot at number two after an easy win against the Florida Gators. The committee believed that this team, after winning the SEC championship, has proved with a tough SEC schedule and only one loss that the Crimson Tide deserved to be the number two ranked team in the country.

The third and fourth spots really could have gone either way. Coming into the weekend of college football Oklahoma had the number three ranking and Michigan State at number five.

Oklahoma didn’t play this past weekend and since the Big XII doesn’t have a championship game, Oklahoma won the conference title during the regular season. Michigan State did play, winning a thrilling game over the Iowa Hawkeyes.

So the committee deliberated and came up with Michigan State at number three and Oklahoma at number four.

It makes sense, because Oklahoma didn’t have the strength of schedule that Michigan State had. Also a Big 10 championship win against the number four team in the country is a lot better than Oklahoma’s big win against 16th ranked Oklahoma State.

The committee had a lot easier job than last season. The committee made the right decisions in how the final rankings came out. In all, this system seems to be working a lot better than the BCS and we get to see great match-ups between teams that normally wouldn’t face each other during bowl games. Any of the top four ranked teams can win it all and it will be interesting to see which team is crowned the champ. 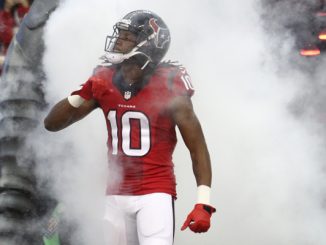 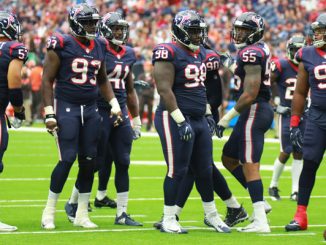