“The Vanished” opens with Paul and Wendy Michaelson (Thomas Jane and Anne Heche) along with their daughter Taylor and their dog Lucky taking their RV to a remote lakeside camp site for a family getaway on Thanksgiving weekend.

While Wendy is off getting supplies at the nearby store, Paul is setting up the RV and chatting up Miranda, an attractive woman in the neighboring campsite spot.

When Wendy returns, they discover that Taylor is nowhere to be found and we are introduced to Sheriff Baker (Jason Patric) as he assembles his crew to search for the missing 10-year old.

The plot instantly thickens as it is unveiled that there is an escaped convict on the loose in the nearby area and the Sheriff advises the family to stay in their RV rather than joining along in the search.

This is when the guessing games begin for not only for the family and local police but also for the viewers.

Written and directed by Peter Facinelli (who also has a supporting role as Deputy Rakes), “The Vanished” is an intense and creepy journey into the lives of the Michaelsons and Sheriff Baker with twists and turns coming from the Michaelsons not being satisfied with the law enforcement’s job and deciding to do their own investigating.

The lead performances are all top notch as Jane and Heche go all-out hysterical while Patric has a realism about his Sheriff Baker that does not reassure the family that there is going to be a happy ending.

About midway through the 115 minute film, I debated turning it off because none of the characters are very likable and it felt like it was going to end up being a garden variety missing-child drama, but out of morbid curiosity I stuck with it and the surprise ending made it all worth it.

Very rarely can I say “I didn’t see that one coming,” but in the case of “The Vanished” it was a payoff that justified the time invested and I am not about to give anything away.

“The Vanished” is currently streaming on Netflix. 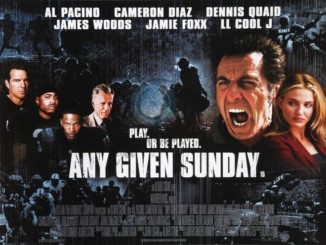 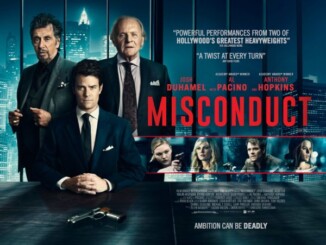