“The Double” begins with the murder of a U.S. senator who had been under surveillance by the FBI. The CIA is brought onto the case due to the fact that the murder was committed in the style of a legendary Russian assassin.

Retired operative Paul Shepherdson (Richard Gere) is summoned by the CIA director (Martin Sheen) to look into the murder. Shepherdon is paired with a young FBI agent Geary (Topher Grace) who is an expert on a former Soviet operative known as Cassius.

During his decorated CIA career, Sheperdson worked on the terrorist group known as ‘The Cassius Seven’ and is convinced that Cassius is dead, much to the chagrin of Geary, who has an obsession with the terrorist that runs so deep that he wrote his senior thesis on him and his intel says that he is alive and living in the U.S.

The premise is set for a suspenseful cat-and-mouse spy thriller a la “Mission Impossible” with a solid cast until 30 minutes into the movie, it is revealed that Gere is indeed Cassius, which comes as no surprise to anyone who has watched the trailer.

The joint investigation between the two agencies uncovers that a Russian terrorist and murderer, Bozlovski has entered the U.S. courtesy of the Mexico border, meaning that there is a chance that Cassius is not involved in the senator’s murder.

As the investigation deepens, Sheperdson warns Geary and eventually Geary’s wife to pull out, due to the possibility of harm not only to himself but his family.

While the viewer may have been irritated that the big reveal of Gere being a double agent occurred so early in the movie, lest not worry as there is another bombshell to be dropped at the end of the movie and this one was not given away in the trailer.

“The Double” is currently available on Amazon Prime. 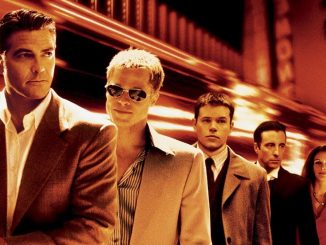