Ezekiel Elliot is now officially under contract with the Dallas Cowboys. According to NFL Media Insider Ian Rapoport, it is a four-year deal with a fifth year option, and is worth close to $25 million for the first four years.

Elliot, 20, was drafted fourth overall by Dallas, who is coming off a disastrous 4-12 season. In his collegiate days at Ohio State, he rushed for close to 4,000 yards, which led to him being the 2015 Big Ten Offensive Player of the Year, a College Football National Champion, a front-runner for the 2015 Heisman Trophy, and a recipient of numerous awards.

With his talented athletic abilities, Zeke will no doubt have many expectations his rookie season. Critics already predict that he’ll win the 2016 NFL Offensive Rookie of the Year award, or he’s the next Emmitt Smith or Tony Dorsett… Those predictions could all be true, but I think it’s way too early to make such assumptions. The Cowboys did receive some harsh criticism for taking Elliot fourth overall because it’s often believed that taking a running back that early is considered an idiotic move. Before the draft, the Cowboys signed running backs Lance Dunbar and Alfred Morris, which convinced many that Dallas would not be after a running back, but the Cowboys must have decided that they need a player with superior talents and a future, so they took Elliot.

Personally, I am very excited to watch Zeke play for Dallas. I haven’t made predictions on him yet as I had said earlier. It’s still way too early. What I can say is with him being behind a young and talented offensive line, we can expect to see him to run all over opposing defenses. 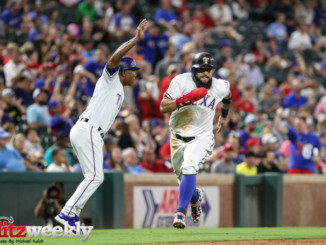