Who would’ve thought the Broncos as erratic as the offense has been would be sitting atop of the AFC. Not by the standards of the high powered offense but on the shoulders of the defense. Oakland is playing some really good football too. Let’s take a look at this game on offense and defense. Let’s break down every aspect of this AFC match up in order for the Broncos to extend their undefeated season.

Offense
Peyton Manning should attack the corners of the Raiders to start the game. The Raiders are ranked 31st in passing defense. Which means if the Broncos want to start off fast they should pass on the first three series of the game to open the run. The Raiders rank 11th in run defense so C.J. Anderson probably won’t be able to pick up 100 yards on the ground. The Raiders corners are banged up, even with healthy corners the defensive scheme they play is way out dated. The players even question the scheme which shows on the field. Peyton Manning should put up decent or above what he’s been playing numbers on Sunday. So look for the return of “The Sheriff”!

Defense
Stopping the Raiders means stopping Derek Carr and Amari Cooper. The Raiders are ranked 10th in passing offense and 22nd in rushing. This ain’t your daddy’s Raiders! Amari Cooper is a beast on the outside, his run after catch is dynamic. He looks like a 4-year vet that has something to prove. But, the corners and defensive backs for the Broncos has shut down the outside threats on each team. The Broncos defense has 12 sacks and the Raiders have to be concerned with the down lineman from the Broncos. The offensive line of the Raiders has to be wary of DeMarcus Ware and Von Miller coming off the edges.

Prediction
The Broncos will pull this one off without a hitch if Manning passes the ball to start the game. The Raiders can’t stop the pass, but the run game will be the focus in the 4th quarter. Broncos win 31-17 to extend their winning streak to 5 in a row! 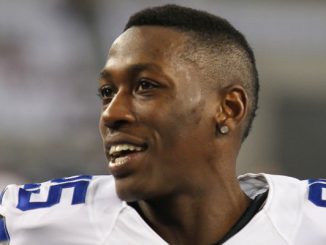