If the Cowboys want to drop the 8-8 stigma, they have to start stringing games together, and being able to pull these games out. The Cowboys fumbled away a chance to carry a lot of momentum going into the Broncos game, but the Cowboys couldn’t close out the Chargers. Phillip Rivers absolutely crushed it; he torched the Cowboys defense for 401 yards through the air. And to be more specific, he was supremely accurate and Antonio Gates could not be covered. And Danny Woodhead was equally deadly.

The Cowboys, versus the Chargers, were very bland on offense. They couldn’t sustain a drive in the second half. It would help if the receivers would actually catch the ball, though. The Cowboys ran the ball six times in the second half. Six, that includes one that was called back by penalty and a 15-yard run by Tony Romo. And it wasn’t like the ground game was ineffective; DeMarco Murray had a very solid game, finishing with 70 yards on 14 carries. If the defense is getting gashed like they were, making the other team defend long drives is what helps you win ball games. And against the 40-plus points per game Denver Broncos, there can be no faults in what you are doing, or else it’s going to get ugly.

The Broncos, what really needs to be said? Peyton Manning is… I was going to say on fire, but that simply isn’t hot enough. There isn’t a description accurate enough to describe how he’s playing right now. And the really crazy thing is, he won’t let himself get lax, he won’t stop, he’s like a football terminator, and unless a football John Conner sent a football Kyle Reese back with instructions on how to stop him, the Cowboys are going to be on their own. And with Anthony Spencer on IR, George Selvie possibly missing the game, and DeMarcus Ware not being able to stay on the field, it looks like trouble if you’re a member of the Cowboys secondary. Morris Claiborne has struggled this year, and looks like he doesn’t have much confidence in the tank, and this game won’t help him feel any better. Brandon Carr has been solid at best, and Orlando Scandrick has always been an up-and-down guy. And to ask all three of those guys to have their best game of the young season against the Manning, that’s a tall order. That’s like asking somebody to shotgun a keg, and then invent a replacement for fossil fuels. Okay, maybe not that extreme, but still. Barry Church is going to have to be “the man” on defense this week, he has to be patient and aggressive, he has to be the cobra, waiting to strike. Last time Sean Lee played Peyton, he had two picks and really put himself on the map as a linebacker who could make a game changing play, look at last game, what a play. The Broncos have an effective game, three backs that smell the end zone on every touch, Knowshon Moreno has the outside speed; Montee Ball gets the tough interior yards; and Ronnie Hillman gets everything in between, John Fox knows how to balance a running game. The Cowboys linebackers must be on their A-game, heck, the whole defense has to be on its A-game.

But, for as much as I’ve talked about the defense, the Cowboys offense is going to have to step up in this game. Tony Romo hasn’t looked like the same quarterback, I don’t know what it is, it’s like he’s trying to turn into game-manager Romo, and not game-changer Romo. And against an offense like Denver’s, the Cowboys are going to have to put points on the board, and I don’t mean field goals. DeMarco Murray has to continue his hot streak, and get the ball moving in the ground game, eat the clock and keep Peyton on the side-line. There has to be a lot of step-up with the Cowboys this weekend, from everybody, coaches included. I feel that if DeMarco Murray has 110 yards, the Cowboys have a damn good shot at winning this ball game, the defense is going to give up points, but if the Cowboys can weather the storm and get their shots in, and run the ball effectively, the Cowboys can topple the Broncos.

Matchup of the Game: 3rd down. It’s going to be the game, who wins on third down, wins the game. It’s as simple as that. 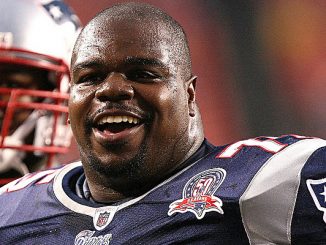