There were a lot of football fans rooting against the Denver Broncos this week. One sportscaster said, “The Broncos will fall in Oakland on Sunday!” Well my friend they didn’t as you can see. Peyton Manning started shaky but found his groove right when he needed to. The Broncos pulled it off by the score of 16-10.

Offense
The first 9 points from the offense came from Brandon McManus in the 2nd and 3rd quarters on field goals. The offense failed to scare a touchdown in the game. You would think how well the offense has been working together that they would score a rushing or passing TD in the game. The running game was horrible. The backs carried the ball 18 times for a net of 43 yards, that’s an average of 2.4 yards a carry. Manning passed for 266 on 22/35. That’s not good at all. It was a sloppy game. But the Broncos won!

Defense
What can I say? The defense recovered two fumbles,  had four sacks and an interception that sealed the game. Oakland’s running game was shut down by the defensive line. They only picked up 65 yards on the ground on 25 attempts which gave them a net of 2.6 yards a carry. Chris Harris Jr. intercepted Derek Carr’s 4th quarter pass and took it to the house! 74 yards weaving through the offense of the Raiders looked real sweet when he made it to the end zone. I can’t say I enjoyed watching this game… but I love watching the Raiders lose.

My Take
Peyton Manning has taken on the role of Joe Flacco. All he has to do is manage the game and enjoy the ride. The defense is winning games every week so the offense is in cruise control. How can you be 5-0 and struggle on offense. The defense answers that question every week! 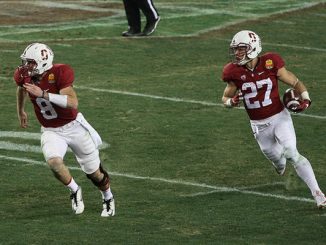 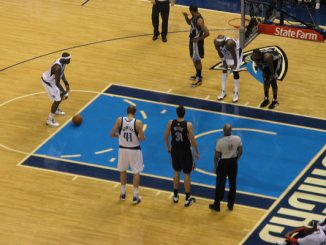