DC’s Legends of Tomorrow aired its second episode Thursday night, which show-runners used as a conclusion to the series’ two-part pilot.

Viewers find the team in 1975 Norway looking to stop Savage from selling a nuclear warhead to multiple terrorist organizations (including Damien Darhk of H.I.V.E.), which goes south when Dr. Stein says era while having a discussion with Savage about where Stein and his organization are from.

Unfortunately in the melee, a piece of the A.T.O.M.’s suit is retrieved by Savage’s henchmen, altering the timeline of 2016 Central City to a path of destruction and leaving the team to ponder, what can they do to stop Savage from making a weapon to destroy Central City?

The solution to this is found in visiting a 25-year-old Martin Stein to retrieve a particle tracker, a device that will help the team locate the missing piece of Dr. Palmer’s suit. The three member team of Sara, Jefferson and Dr. Stein himself are sent to find the device they are looking for in the younger Stein’s apartment, a discussion about alpha particles and finding that Stein’s younger self is attracted to Sara Lance. However, this presents a problem for the team: if Stein does not go to a university mixer, he will not meet his future wife, Clarissa. Sara then overpowers the younger Stein and these three members take the particle tracer to Savage’s lab to locate the missing piece of the  A.TO.M.’s suit and complete their portion of the team’s mission and take the device back to the Wave Rider, only to be confronted by the younger Stein, who followed them back to the ship, instead of going to the faculty mixer.

Meanwhile, Ray, Mick and Leonard are sent to steal a knife that will help in the fight against Savage. Due to Ray jumping ahead of things and thinking he knows the security system at the house, Leonard and Ray of the team captured in cell with Mick as their only way out. Unfortunately following some nifty work by Ray to allow Mick to turn on the fuse box, the later is cornered by the owner of the house, no other than Vandal Savage himself.

The team of Sara, Jefferson and Martin infiltrate Savage’s lab and take the missing piece of the A.T.O.M. suit with little objection from from Savage’s henchmen. Thanks to Sara’s skills as an assassin, the team is at full force and ready to fight Savage once again.

Kendra and Carter engage Vandal in battle with the knife Ray, Mick and Leonard stole from Savage. However, much like Aldus in part one Carter is a casualty of this engagement with Savage and yet so is Kendra to fulfill the prophecy. Viewers learn that Kendra is the only one who can strike a death blow with the knife the team took from Savage’s collection and the knife itself is the only instrument in existence that can end Savage’s time on Earth. Kendra survives her battle with Savage is put on life support back on the Wave Rider as the team dedicates their ensuing pursuits of Savage to Carter until he reincarnates.

My prediction: Going forward, viewers should keep an eye on what new life Carter Hall creates for himself in reincarnation.

DC’s Legends of Tomorrow airs Thursday nights on the CW at 7 pm. 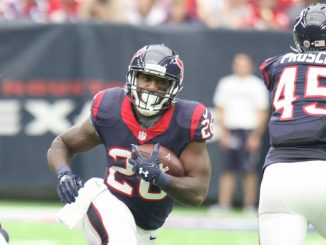 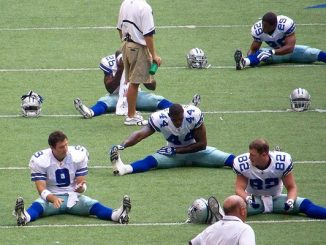 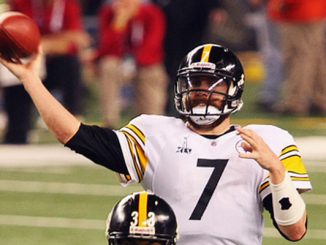 Denver Loses in the Second Half Again, Fall to 10-4