Sage Kimzey (Strong City, Oklahoma), the coaches’ initial selection for Team USA’s sixth spot, sustained an ankle injury while competing at the San Antonio Rodeo earlier in the week which relegated him to the sidelines.

The fourth edition of the PBR Global Cup, the only nation vs. nation bull riding competition, will make its second stop at AT&T Stadium in Arlington, Texas, on February 15-16, 2020. The new team tournament debuted in Edmonton, Alberta, in November 2017, visited Sydney, Australia, in June 2018, and most recently stopped in Arlington this past February.

The 2020 PBR Global Cup USA will mark Swearingen’s debut at the “Olympics of bull riding.”

His selection comes after a historic 2019 season for the now 20-year-old.

After winning the Intercollegiate Rodeo Association National Championship with Panola College, and being crowned the National Champion in bull riding, in June, Swearingen qualified for both the Wrangler National Finals Rodeo and PBR World Finals, becoming the youngest bull rider in history to qualify for both season-culminating events.

A top-contender for the 2019 PBR Rookie of the Year race, Swearingen concluded his first year competing on the elite Unleash The Beast a career-high No. 13 in the world.

Thus far in 2020, Swearingen has been electric.

Finishing 14th after his first-ever appearance at the annual, season-launch Major in New York City, Swearingen rode to his first premier series event win the following weekend in Chicago. Also finishing third in Sacramento, California, Swearingen is now No. 5 in the world, 183.59 points behind No. 1 Joao Ricardo Vieira (Itatinga, Brazil).

Tickets for the 2020 WinStar World Casino and Resort PBR Global Cup USA, presented by Monster Energy are on sale now and can be purchased at the AT&T Stadium Box Office, online at ATTStadium.com or SeatGeek.com, or via the phone at (800) 732-1727.

For more information on the event, including premium experience and elite seats offerings, visit PBR.com/GlobalCup. 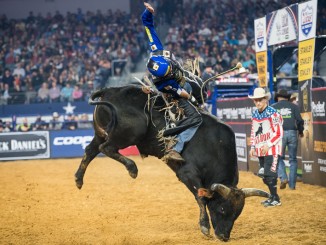