ARLINGTON, TX. – The Wings fell to the Chicago Sky 92-91 after failing to complete what would have been the second-largest comeback in franchise history after they were down as many as 24 points in the first half.

Liz Cambage scored the first seven points of the game for the Wings as they jumped out to an 8-7 lead early in the opening quarter, but the Sky used a 7-0 run to take a 14-8 lead and force a Wings timeout midway through the first. The Sky held a 28-15 advantage after the first quarter behind Allie Quigley’s eight points.

The Sky continued to pour it on, leading by as many as 24 before taking a 55-36 lead into the locker room.

Midway through the fourth quarter, Cambage picked up her seventh technical foul of the season, which put the Sky up by three, 79-76. The Wings failed to complete the comeback as the Sky pick up a 92-91 victory and take the season series 2-1.

Cambage led the Wings with 33 points on 12-for-15 from the field while added 13 rebounds and four blocks. Skylar Diggins-Smith scored 15 points despite missing most of the second quarter after taking a shot to the chin. Allisha Gray was two rebounds short of a triple-double, scoring 12 points, dishing out 10 assists and grabbing eight boards. Glory Johnson scored 11 points and grabbed a season-high 14 points.

The Sky were led by Quigley who scored 22 points on 8-for-16 from the field, including 4-for-8 from beyond the arc.

The Wings will be without Cambage when they travel to Indiana on Thursday to take on the Fever. Tip-off is set for 6 p.m. CT as the Wings look to sweep the season series. 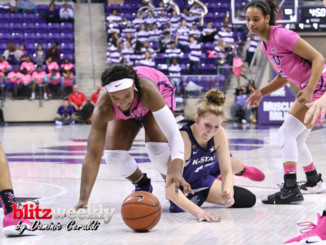 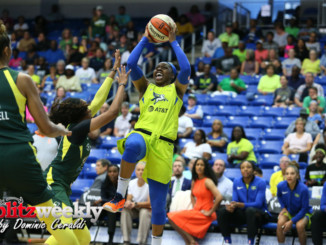 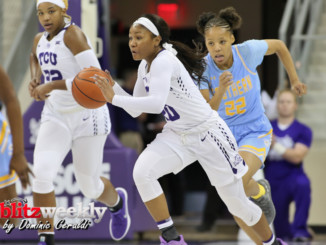