Things can change quickly in a month, even in the shortest month of the year.

The Stars started February hot winning seven out of eight games with convincing wins against Chicago and Washington. Since then, the Stars won two out of seven, losing their last three home games.

In the five losses, the Stars allowed 24 goals, averaging nearly five per game. Most of the time those big numbers are contributed to the goalie. Antti Niemi and Kari Lehtonen combine for a .905 save percentage this season, one of the worst in the league. But it’s not all on the goaltender. The Stars are having trouble moving the puck out of their own zone. Opponents force the Stars to make erratic passes in their own zone leading to 1-on-1 chances against Lehtonen or Niemi.

The defensive liabilities will be their downfall in the Playoffs. For the now, the Stars still sit in the second spot in the Western Conference a point behind and ahead of the Blackhawks and the Blues, respectively.

Weekly Recap
The week started with a win on the road against Winnipeg in part one of the home and away doubleheader. The Stars had won previous match-ups this season, but they never came easy. Winnipeg’s physicality causes problems against the Stars, but they never seemed to have enough offense to keep up with the Stars. However, the Jets put in six behind Niemi (starter) and Lehtonen in their final match-up of the year.

Saturday featured a home game against the New York Rangers. Previous games show just how even these teams are. In the last ten match-ups previous to this game, both teams won five games each. This game was no different. New York Rangers’s Chris Greider opened the scoring just four seconds into a Jason Demers penalty. Colton Sceviour evened the score on a put back caused by a Tyler Seguin shot. Ryan McDonagh put the Rangers back on top in the middle of the third period.

The Stars next goal was disallowed after an inconclusive review. The puck was pushed through a crowded and chaotic Rangers’s net by Jason Spezza who immediately reacted as though he scored. Yet, the referees never ruled it a goal and because the puck was covered by the leg of the Rangers’s player, it was ruled “inconclusive”. Head Coach Lindy Ruff was irate. He hopped over the bench just before the ice and grabbed Sceviours stick banging it against the boards to get the refs attention. After the game Ruff didn’t comment much further than, “It doesn’t matter what I saw”.

The Stars responded when Valeri NicHushkin’s snap-shot went over Henrik Lundqvist shoulder. The game seemed primed for overtime. Yet, the Stars could not get the puck out of their own zone and turned the puck over resulting in a Keven Klein shot from the middle of the slot that passed Lehtonen’s glove.

March is the final full month of regular season games and the Stars still have questions to be answered. They could be answered at the trade deadline on Monday. General Manager Jim Nill knows his prospects and knows how much they are worth. Don’t expect a “blockbuster-trade” but the Stars could counter Chicago’s pickup of Andrew Ladd. The big question remains the goaltender. Three quarters into the season and the Stars still do not have a “go-to” net minder. It could separate the Stars from the other top teams come Playoffs. 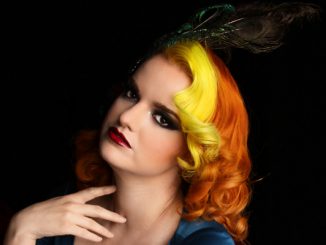 Burlesque and Brunch? …Why the Hell Not!?