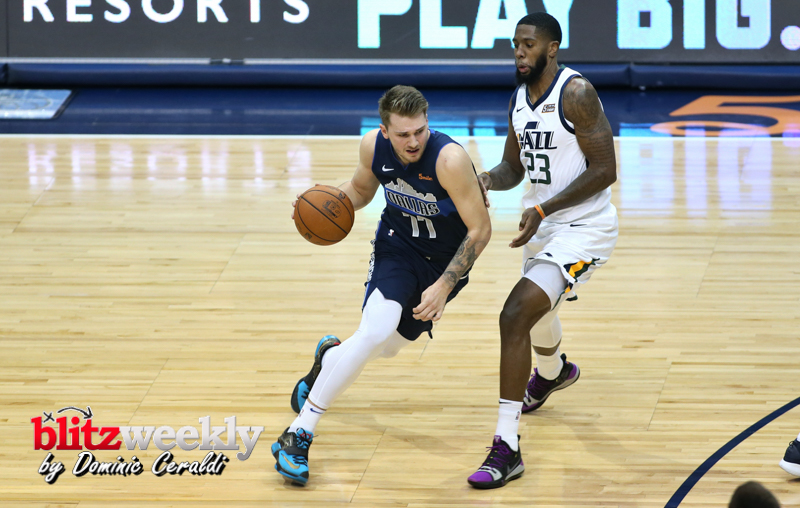 After a long and tough road trip that had Dallas stumbling in the standings, the Mavs finally come back home to settle down for awhile. Now that Luka is a known front-runner for the NBA All-Star voting, him and the team have been clearly going into games with even more confidence and grit:

vs Phoenix Suns (1/9)
On Wednesday night, Dallas had hopes of getting back at the Suns in the season series after dropping the first two. Considering Phoenix is again one of the worst teams in the league this season, Dallas shouldn’t like those L’s on the overall record. Thankfully, that ended up motivating the team to the win. The Mavs outscored the Suns 32-19 in the 3rd quarter and held on to the lead throughout the rest of the contest. T.J. Warren (20 pts, 7 rebs) led them in scoring and Josh Jackson (17 pts, 6 rebs) showed some more promise as a young, developing talent.
Phoenix couldn’t get much going in the paint, as DeAndre Ayton (6 pts, 5 rebs) struggled mightily against Dallas’ own DeAndre Jordan. Ayton has to develop his power moves as much as his finesse moves going forward in order to exert his number one pick potential.
Luka continued his All Star campaign (32 pts, 5 rebs, 5 asts) by once again asserting his place as the team’s premier offensive force. He was the team’s primary point for the game and was able to distribute amply, as all starters scored in double digits. Maxi Kleber (13 pts, 9 rebs) also showed out in his extended minutes. Dennis Smith Jr. (back) missed again due to injury, but it’s now on record that coach Carlisle doesn’t deem it as serious. With recent rumors surrounding DSJ and Phoenix possibly being a suitor, they could possibly be disappointed they didn’t get to see him in action again, tough luck!
FINAL: Dallas 104 (19-22), Phoenix 94 (10-33)
@ Minnesota Timberwolves (1/11)
The Mavs were back on the road again for a Friday night primetime contest against a Minnesota team trying to be born-again with a new coach and without Tom Thibodeau and Jimmy Butler. In a relatively high-scoring affair, Luka and the gang pulled through, but not without a significant event of misfortune in store.
First of all though, Minnesota got the output you’d expect on a good day from their key pieces. Karl Anthony-Towns (30 pts, 11 rebs) completely dominated the paint, and Derrick Rose (21  pts, 5 asts) did his thing as he continues his bounce-back year of history on the way to an All Star appearance. It was Andrew Wiggins (17 pts, 6 rebs) in who doing his usual thing didn’t satisfy. And as long as Wiggins doesn’t take that next step as a force in this league, the team as a whole probably won’t take it either.
Dallas’ offensive stars shined, as Doncic’s near triple double (29 pts, 8 rebs, 12 asts) and Harrison Barnes (23 pts) held it down for the Mavs in this shootout. Dwight Powell (15 pts) also had some very efficient play in his 18 minutes on the floor. It was J.J. Barea (16 pts, 4 rebs, 7 asts) going down with a bad Achilles injury that put Mavericks nation in the dumps despite the impressive road W. Barea, now 34, is in the final year of his current contract, but has already stated plans to play a couple more seasons. The Mavs’ organization will see through his recovery and work things out in the offseason for J.J. to be able to end his career as a Maverick.
FINAL: Dallas 119 (20-22), Minnesota 115 (20-22)
vs Golden State Warriors (1/13)
To wrap up the weekend, Dallas hosted the defending champion Golden State Warriors on Sunday night in an exciting contest. While the Mavs held the lead late, the Dubs’ main stars in Durant and Curry proved too much during clutch time.
Curry (48 pts, 6 rebs, 5 asts) was getting it from wherever he wanted and draining it all night long. It was ultimately his three-pointer in the final minute that sealed the game for Golden State. KD (28 pts, 7 rebs, 5 asts) did his usual thing as a mid-range scoring machine. In the end, it was the experience of the defending champions that helped them play it cool and win the battle of attrition in the final minutes of the game.
Luka (26 pts, 6 rebs, 5 asts) showed no fear against champs with some great plays from the offensive side, including a sweet nutmeg that split Klay Thompson and Jerebko for an alley oop finish to Powell. That’ll make the overall season highlight reel for sure. Harrison Barnes (22 pts) had a critical turnover by mis-dribbling and losing the ball in the final seconds of the game when it was still within a possession. Barnes is a former champion that knows what winning requires, so he’ll surely learn and improve from the error.
FINAL: Golden State 119 (29-14), Dallas 114 (20-23)
The Mavericks now have just 2 more home contest against inter-conference opponents before their next long stretch. Next up: a slew of playoff teams from the Eastern Conference.
Upcoming Schedule – All Times Central
1/16 vs Spurs     7:30 p.m.
1/19  @ Pacers    6:00 p.m.
1/21  @ Bucks     1:00 p.m.
1/22 vs Clippers  7:30 p.m. 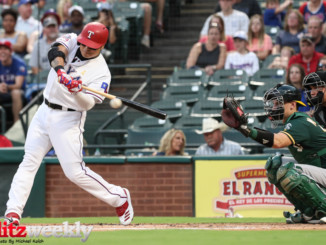 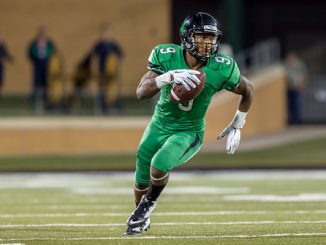