Looking to get back to form as a highly ranked Western conference team, the Mavericks spent their whole week in Texas scoring high clips in each contest, starting a solid streak that can be further built upon on the shoulders of rising superstar Luka Doncic, whose blasted onto the scene this season as an early season MVP contender.

vs San Antonio Spurs (11/18)
The Mavs hosted their in-state rival Spurs on Monday night, who’ve struggled more than usual in this early part of the season. Despite a big night from San Antonio’s DeMar DeRozan (36 pts, 8 rebs, 4 asts), Dallas had a big performance of their own out of Luka (42 pts, 11 rebs, 12 asts) who added yet another triple-double to his collection this season (7, he had 8 total all of last season). Doncic is less than 1 assist away from averaging a triple-double on the season, clearly showcasing his rapid growth and emergence into a household name among NBA fans.
Backing him up, Kristaps Porzingis (18 pts, 10 rebs) had a double-double of his own, and Dorian Finney-Smith (22 pts, 5 rebs) paid his due in scoring, whose talents have been able to shine a bit more brightly this season on a roster that creates more space.
FINAL: Dallas 117 (8-5), San Antonio 110 (5-9)
vs Golden State Warriors (11/20)
The Mavericks hosted a tattered roster of the Warriors that looks unrecognizable compared to this point last season. Dallas didn’t seem to keen on sympathy though as the offensive firepower came out in full force.
Once again, the charge was led by Doncic’s (35 pts, 10 rebs, 11 asts) triple-double, Tim Hardaway Jr.’s (20 pts, 4-4 from 3PT) long range prowess, and Jalen Brunson’s (15 pts, 5 rebs, 5 asts, 100% FG) dynamic play. The whole team from top to bottom contributed to the huge win, as the Mavs absolutely rolled.
FINAL: Dallas 142 (9-5), Golden State (3-13)
vs Cleveland Cavaliers (11/22)
The Cavs came to town on Friday night, another team that looks like a mere husk of it’s not too distant super team built for ring chases. And once again the Mavericks showed mercy to the rebuilding opponent. Going on a distribution frenzy, Luka (30 pts, 7 rebs, 14 asts) spread the ball around with aplomb, getting everyone involved in the offense. Justin Jackson (19 pts, 6 rebs) brought some efficient scoring off the bench, shooting 7-11 from the field. The team absolutely crushed in their field goal percentages, shooting 58% overall and 54.1% from three. It all came together in their second straight 40+ point win.
FINAL: Dallas 143 (10-5), Cleveland 101 (4-11)
@ Houston Rockets (11/24)
After the three-game home stand, the Mavericks started their gauntlet of tough matchups this week against the up-trending Houston Rockets, who are guaranteed to give any team an offensive shootout behind the play of their marquee star James Harden alongside Russell Westbrook.
For Houston, while they got some fantastic good output out of their starters, the strikingly negative team efforts on the box score were the main culprits for their inability to keep up with Dallas in this contest. Harden (32 pts, 9 rebs, 11 asts) made all 11 of his shots from inside the three-point arc, he shot an atrocious 2-15 from behind the three-point line. Westbrook (27 pts, 5 rebs, 6 asts) also performed, but struggled to score himself only shooting 8-20 from the field. Clint Capela (21 pts, 22 asts) dominated the boards, but it was to little avail. While all of the Rockets’ starters managed to score 16+ points, the entire bench struggled mightily.
Dallas rolled yet again in another offensive barrage. Doncic (41 pts, 6 rebs, 10 asts) scored in droves, Hardaway Jr. (31 pts, 5 asts) followed suit with his season-high scoring night. Porzingis (23 pts, 13 rebs) also did his part. This win made it the 5th straight for the Mavericks.
FINAL: Dallas 137 (11-5), Houston 123 (11-6)
As of now, behind a 5-game winning streak, and the offense clicking on all fronts on a near-nightly basis, the Mavericks find themselves back in 4th place and feeling good about their current position at this point in the season. There’s hardly time to celebrate the good start though, and the team now must prepare for the real litmus test to start against a slew of high caliber, in-conference foes.
Upcoming Schedule
11/26 vs Clippers   7:30pm CST
11/29  @ Suns        8:00pm CST
12/1   @ Lakers      3:00pm CST 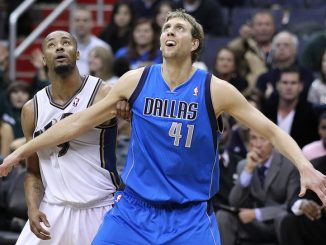 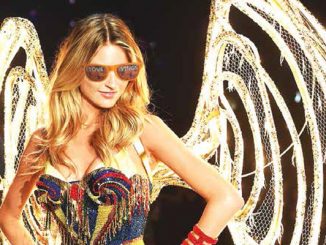 Ten of the Best Wing Places in Dallas 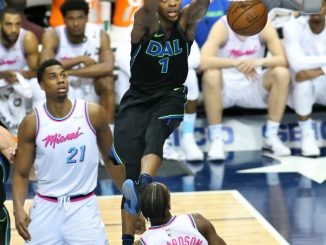