In week 2 of this NBA season, the Dallas Mavericks still find themselves trying to translate their new team synergy into wins along the road. With three tough matchups against teams both young and old, here’s how the Mavs stumbled through the week:

@ San Antonio Spurs (10/29)
To start their short 2-game road trip, the Mavs battled in-state rival San Antonio on Monday night for the first time this season. In the hard fought bought, Dallas’ young talent shined and proved to be worthy of carrying the team even against elite opposition. Rookie 1st-round pick Luka Dončić led the team’s offense with 31 points, despite not getting the ball as much as he should have. Dennis Smith Jr had 22 points of his own, and DeAndre Jordan crashed the boards with 19 rebounds. In the close win, the Spurs were led by DeMar DeRozan’s 34 points, 6 rebounds and 9 assists. DeRozan has shown early that he has no problem stepping up as a primary force of this unfamiliar looking San Antonio squad.

@ Los Angeles Lakers (10/31)
On Halloween night, for the first time in his career, Dončić met his idol growing up around basketball in LeBron James for the first time on the NBA stage. After the game, Luka surely seemed to show his adoration for James as well as receiving his game worn jersey after all was said and done. The Mavs fell to a huge deficit early when the Lakers hit the ground running right out the gate. Eventually however, Dallas fought their way back into the game and eventually tied it. It was LeBron’s clutch free throw with 2 seconds remaining that sealed the game for the Lakers. They dodged a bullet in what could be seen as a moral victory for the Mavericks with an epic near-comeback on the road. Wesley Matthews led the Mavs in scoring with 21 (although his efficiency so far this season has left much to be desired), and LeBron led L.A. with his 29 points.

Vs New York Knicks (11/2)
Dallas came back home on Friday to do battle with a young Knicks team that is about at the same stage as the Mavericks in terms of rebuilding process. After two close fought games previously in the week, in this contest, Dallas couldn’t get much going offensively with too many turnovers and not enough volume to the players that need the ball most. They also struggled defensively and let the New York take advantage of way more opportunities than they had business of.

Despite the Mavs’ struggles, Dorian Finney-Smith had a career night offensively, scoring 19 points in his 27 minutes of play, going 8-10 from the field, 2-2 from three range. He should see more minutes moving forward. Dennis Smith’s game-high 23 points was an encouraging bounceback after his meager 5 points against the Lakers. Knicks were led by Allonzo Trier’s own 23 points.

This game showed that the Mavs NEED to feed Dončić more in offensive schemes, and that a certain new Mavs player in DeAndre Jordan needs to respect Luka’s presence on the court. Owner Mark Cuban would probably agree, as he looked not too happy on Friday after a play in which Jordan clearly “steals” a rebound coming right to Dončić, much to Luka’s visible frustration. It might take some more time, but the team’s synergy will grow throughout the course of the season moving forward.

Despite some positive aspects able to be taken from the first two losses of the week, Dallas ended the week on a dud. Coach Carlisle needs to find ways to make sure Luka and DSJ always get theirs, and that everyone else needs to know their part to play in making this team better in the future, and begin to put some more wins up. 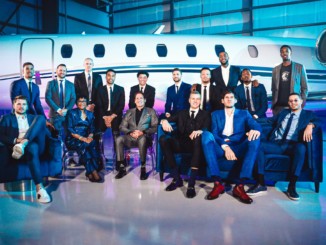