On the precipice of college basketball’s March Madness, the Dallas Mavericks look to get in on the hoop fun with some no-holds-barred bouts with competition from the middle of the country. Here’s how they fared:
vs San Antonio Spurs (3/12)
On Tuesday night, Dallas hosted their in-state rival San Antonio, who has made a late playoff push and now stand once again as the team you can’t rule out of making some noise in the postseason. Stepping up this year as the team’s new leading star, DeMar DeRozan (33 pts, 6 asts) asserted control offensively, and LaMarcus Aldridge (28 pts, 7 rebs) provided ample second-hand support. A quick start was the catalyst, as the Spurs hit the ground scoring by outscoring the Mavs 34-24 in the 1st quarter. San Antonio managed to maintain that lead, which ultimately lead to their win.
In a career night, Jalen Brunson (34 pts, 5 rebs) had the best scoring night of his young NBA tenure, continuing to shine as one of the best 2nd-round selections of the 2018 Draft. Dwight Powell (20 pts, 7 rebs) had another solid night with his starters minutes, and Luka Doncic (12 pts, 6 rebs, 7 asts) had trouble doing his thing against Gregg Popovich’s defensive schemes. It was impressive the Mavs were able to stay in the game despite Doncic’s struggles, but the team would be a lot better off with both him and Brunson clicking.

@ Denver Nuggets (3/14)
The Mavs traveled to Denver on Thursday night, facing one of the league’s hottest teams this season, but not backing down until the last second. If it wasn’t for a last-second buzzer beater by Nikola Jokic, it would have been a go-ahead dunk by Luka in the final minute to pull off the upset in Dallas’ favor. Unfortunately for them though, the clutch factor of Jokic (11 pts, 14 rebs, 8 asts) ultimately prevailed in the end. Paul Millsap (33 pts, 8 rebs) was the high-point man for the Nuggets, and the team had efficient offensive output from all facets.

Doncic (24 pts, 11 rebs, 9 asts) had a great bounce-back game and nearly pulled off the upset with that last-minute poster. Brunson (20 pts, 5 rebs) scored impressively again, and Powell (16 pts, 10 rebs) & Kleber (11 pts, 11 rebs) both notched double-doubles. It was a close dogfight against a great team, but in the end Denver came out a mile-high.

vs Cleveland Cavaliers (3/16)
The Mavs hosted a tanking Cavs team that have their eyes on Zion as the season comes to a close and the road to the draft begins. In a offensive barrage from both sides in this contest, Dallas brought it just a little more.

Cleveland actually got good output out of their offensive cornerstone, as Kevin Love (22 pts, 12 rebs) earned a hardy double-double, and Collin Sexton (28 pts) and Cedi Osman (22 pts) all brought the intensity from that side of the ball for the Cavaliers, but overall it was the spread of Dallas’ output (7 players in double figures scoring) that did them in.

Tim Hardaway Jr (22 pts) led Dallas in scoring, and Maxi Kleber (18 pts, 12 rebs) had one of the best outings of his career so far. Overall the Mavericks scored from all parts of the floor and with everyone involved. Despite the opponent, team synergy is always good to see.

With just a few weeks left in the season, the Mavericks’ organization needs to start thinking about off the field moves that can affect the on-field product of the future in a positive manner. Coming up, a tough west coast road trip against some gritty playoff contenders. 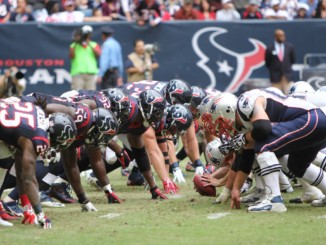 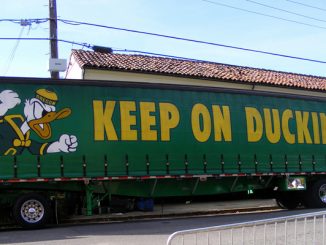