That was a well-played, well rounded game by the Cowboys. A total team win: offense, defense, and especially special teams. Dwayne Harris was absolutely masterful on Sunday night, but he did get a sweet assist on the night. Coach Jason Garrett elected to rekick on a Redskins’ punt rather than just have five yards added to the end of the previous return, I remember saying while watching, that I would have just taken the free yards rather than risk something crazy happening. That’s why I’m: A) never going to be a millionaire. And B) never going be a coach. Because I would have taken the easy money, in this case easy yards. The choice was bold, and it worked like a charm. Seconds later, Dwayne Harris would be in the end zone, making his coach look very smart. But Dwayne Harris also had a 90-yard kick return up his sleeve, and match that to a forced fumble by Kyle Wilbur on Robert Griffin, recovered at the Redskins’ three yard line, Tony Romo wasn’t asked to do much. He did throw an interception, trying to hit Cole Beasley on a hot read, on third down, but Romo rebounded with a positively Romo-rific 15-yard touchdown pass to the surging Terrence Williams, and the play was all play-maker. Romo hops a blitzing defensive back then wings it into the back corner of the end zone, where Terrence Williams makes a great two step for the touchdown, it was a tantalizing play. The Redskins’ Robert Griffin had another shaky performance, on one hand he looked healthy running the football, but still looked strangely dizzy in the passing game, holding the ball long and not moving in the pocket with confidence as he did a year ago. It was a bad game for the Cowboys’ players whose name start with DeMarc, as DeMarcus Ware and DeMarco Murray both left the game with injuries, it was just a matter of time with Murray, but losing DeMarcus Ware would be killer, because just having him out on the field makes a difference in how the offensive line decides to protect. And if Ware is out, that’d be just one more player who has to step up to help this team keep on track.

The Philadelphia Eagles beat Tampa Bay, behind some superb quarterback play by Nick Foles. And he was superb, distributing the football very well, hitting DeSean Jackson for a couple touchdowns and made Riley Cooper that much more of a threat. Nick Foles is the best quarterback on their roster, period. Michael Vick is the best athlete playing quarterback on Philly’s roster, and there is no denying that. Nick Foles should have been running this team from the beginning, who knows if the team would have been better off though, because it hasn’t really been the offense’s problem for losing games. Like the Cowboys, the Eagles defense has been their downfall, giving up heaps and bounds of yards. LeSean McCoy is by far, the best running back in the league this year. I’ve always liked McCoy; he is just so damn dynamic. He changes direction like lightning, and has that special gear within him to turn on the burners. McCoy is the ultimate dual threat back, because his abilities are amplified when he catches the ball out of the backfield, because he’s already in space.

Matchup of the week: Cowboys LB Bruce Carter vs Eagles RB LeSean McCoy: It’s unfair, and luckily it won’t be just Carter trying to contain McCoy, because that’s not going to happen. McCoy is a player that has to have two players on him, or he will make you pay. The “Rush Hour” tandem of Lee and Carter are going to have to get on McCoy, or it isn’t going to go well for the Cowboys.

Houston Astros: Out Of The Cellar 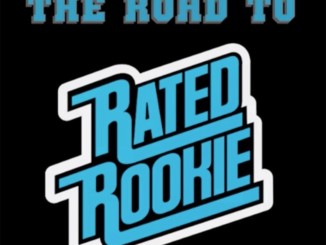