Who do the Cowboys need to shut down?
RB Carlos Hyde – In the “Battle of the Buckeye Backs” it’s going to be a good idea to muzzle the 49ers’ lead back. The first two weeks of the season, Hyde gained yards were like pulling teeth, effective but a chore. Last week, against the Seahawks and their defense, Hyde looked like the real deal, carrying twenty-one times for a hundred and three yards and a pair of scores. The Cowboys need to try and force Blaine Gabbert to throw his way to a victory, which isn’t as laughable as it seems, but with the tight end position thinning with Vance McDonald likely missing with a hip injury, the Cowboys just need to lock Hyde down.

Who on the Cowboys, needs to step up?
OT Chaz Green – If it were me, I’d sit Tyron Smith until he is fully healthy. Smith missing anytime is a real kick to the crotch, but losing Smith is not an option. I might have put Ron Leary in this section, filling in for La’el Collins, but I know how Ron Leary is going to do. Side bar – Thank goodness the Cowboys didn’t give Leary away in some trade during the offseason. Chaz Green did not look good in the preseason. Struggling in pass protection, and looking as if his conditioning was an issue during the preseason. I’ll say that his game against the Bears wasn’t too bad at all. The 49ers have some massive rushers, Arik Armstead and DeForest Buckner, which could give problems to the inexperienced Green.

Which group will give the Cowboys fits?
The 49ers’ secondary – Dez Bryant has a hairline fracture on his knee. Shut him down for now. Give him a week, let him practice on it before giving him the full game treatment. It’ll be on Terrance Williams to lead the Cowboys into battle. As much as I’d like to put full faith in Terrance, it’s a struggle. With the opener ending the way it did, and the fumble against the Bears, it’s such a coaster of progress for him. Now, Dak Prescott does like to use Cole Beasley, but the threat of outside receivers haven’t been there, and with Dez missing this game, that threat is low. The 49ers defensive backs aren’t an elite group by any stretch, though they have solid amount of picks invested in the group. Mix in Antoine Bethea, and the group is pretty formidable, especially versus the Dez-less Cowboys receivers.

Which group will give the 49ers fits?
The Cowboys’ linebackers – If indeed the Cowboys don’t have to contend with Vance McDonald, that’ll leave the 49ers to roll out former Sooner Blake Bell as their only healthy tight end, and that’s a win Cowboys no matter how anyone spins it. Given that they no longer have Bruce Miller at fullback, it appears all that the linebacking corps has to deal with is bottling up Carlos Hyde and the rest of the running backs. I believe we’re all staring down the barrel of a huge game from the linebackers.

What will it take for the Cowboys to win?
As long as Chaz Green holds up, Terrance Williams doesn’t try and do too much, and the Cowboys run like they did against the Bears, it’ll be a good game. The Cowboys should know what they’re traveling to face off against, with Chip Kelly having been the Philadelphia Eagles head coach.

On another subject, had Dez Bryant done, what Odell Beckham did, that’s to say throw a Sweet 16 sized temper-tantrum on the sideline, knocking the kicking net into himself, ramming his head into sideline equipment, and actually crying… The media, both nationally and locally would have marched to the Star, demanding satisfaction, crucifying Dez, like they did initially when Dez blew up on the sideline during the Lions game a few years back, or for the video last year when Dez pointed out behavior in the locker room he deemed inappropriate. No one gets the belt like Dez Bryant does. 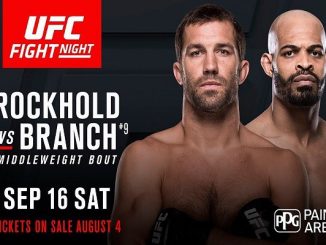