Who do the Cowboys need to shut down?
WR Randall Cobb – Against the Giants, Randall Cobb finally showed out, catching nine passes for 108 yards. If the Cowboys allow Cobb to double-down on his Sunday night performance, it’s going to look like a very Packers’ favorable matchup. However, the Packers’ backfield is thin right now, and could force Cobb to get more snaps where he’s the emphasis player, whether it’s more sweeps or creep-out of the backfield on challenge downs and become a nightmare matchup in one-on-ones.

Who on the Cowboys, needs to step up?
QB Dak Prescott – Against the Bengals, and really all season, Dak Prescott has been good. And cool. Like a Sonny Crockett costume at an 80’s themed party. He’s taking what he’s been given and really maximized opportunity. This weekend, going to the scene of the atrocity, playing across from Aaron Rodgers, this is Prescott’s biggest test yet. As much as I’d love to see Ezekiel Elliott and the offensive line stampede over the Dom Capers’ defense, I’d love to see Prescott out ‘Rodgers’ Aaron Rodgers in Rodgers-ville. And that isn’t out of the question. The Packers defense is allowing 8.2 yards per attempt. Last week, they were without Damarious Randall, might be again, and force Quinten Rollins to be the top corner again, but they shut Eli Manning down. One of the savviest weapons in Prescott’s arsenal is his don’t care about getting a receiver his, and getting the open guy the ball. That doesn’t allowing the defense to key on players, makes them play more honestly.

Which group will give the Cowboys fits?
The Green Bay Rushing Defense – I assume it comes to most reading this as a shock to think that a linebacking corps that features Julius Peppers and Clay Matthews, would lead the league in rushing defense. They have been as helpful to opposing run game, as a cross wind to lighting a cigarette. The Packers are allowing a discouraging two yards per carry. That’s serious nailing it down. I will explain the other side of the coin, though. The Packers have faced only 86 rushes through four games. The main reason being, as I mentioned in the Dak part, the Packers are allowing 8.2 yards per attempt which isn’t discouraging. I believe going into the Bengals game, the Cowboys offensive line took the game as a benchmark to play against a great unit, and I see the same thing happening this game. They see these numbers, see the group across from them, and lick their collective chops at the idea of cracking the Packers’ dam.

Which group will give the Packers fits?
The Cowboys’ linebackers – The Green Bay Packers have their top two backs nursing injuries. Eddie Lacy has an ankle injury and James Starks has a knee injury. Though neither might keep them out of the game, they will be on a percentage healthy versus 100%. That definitely helps the Cowboys’ middle defenders when the Packers try to run traditionally. Those injuries might make the Packers consider using more of Randall Cobb out of the backfield, which doesn’t favor the Cowboys.

What will it take for the Cowboys to win?
This is biggest game in the regular season since the 2014 trip to Seattle, and I don’t think there is a person out there to dispute that. Don’t change a thing, play the game that’s worked thus far, and I think that’s enough to beat an injury-hampered team, even in their house. If they didn’t panic when down by 14 early against the 49ers, if they get down again, they showed they won’t be derailed from their gameplan. This is a true test of both of the rookies, road game against a stacked-deck of circumstances. Can’t wait to see how Mo Claiborne continues his game, because he’s shutting it down so far. 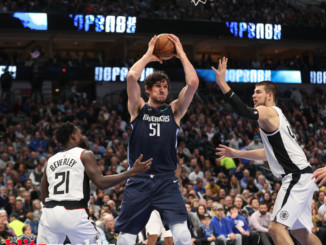 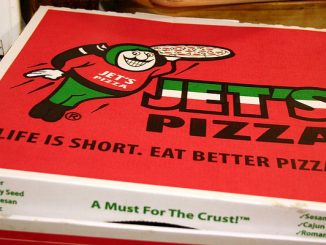 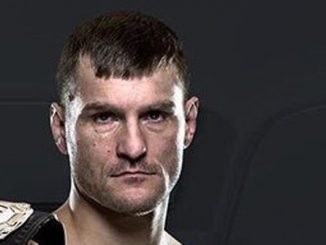 WHO’S NEXT FOR STIPE MIOCIC?