Positive thoughts, just keep thinking those positive thoughts. Because the hope cupboard is at a season low, entering the Week Six bye. The Cowboys are sitting at two wins and three losses, three losses that were Tony Romo-less led teams. All three losses have their own unique stenches about them. The Falcons game, so good in the first half, everyone failed to come out of the locker room for the second half. The Saints game, they probably shouldn’t have lost that game, but found a way to lose it with poor angles. The Patriots game, well, they were probably going to lose that one either way, but playing a Patriots team rolling off of their own bye week, Brandon Weeden decided to finish nailing his own career coffin closed with an especially uninspiring game.

With the weekend approaching, and on the front half of the bye week, the Cowboys are shaking the bottle, trying to get this baby to be more effervescent for the coming weeks and games. Brandon Weeden, done; in comes Matt Cassel, a QB that actually shouldn’t be expected to play much different than Weeden, but will be looked at as almost a savior because the Cowboys fans don’t know Cassel like they have gotten to know Weeden. The other big switch is La’el Collins taking over at left guard for Ron Leary. I’m not entirely sure if that is 100% performance based for Ron Leary, because he got hurt in the Giants game and then came back to get a push against New Orleans. Maybe not fully healthy, but if Collins can get a couple of great practices before the Giants game, and be fully ready, I’m all for the shake-up. The other thing that’s happening is Dez Bryant is going to try a get back for the Giants game and beyond. That’s something that is supremely alarming. Seriously, he’s a little over a month removed surgery for his foot injury, now he’s practicing in shoulder pads and donning a helmet. Two opinions crop into my mind. First, this guy has one hell of a character. And the second thing is, that doesn’t seem like enough time to have fully healed. No one wants him going down for something more serious, and this team isn’t likely to be much better with an 80 percent healthy Dez Bryant, who’ll try an take on an entire defense when he’s got the ball in his hands. He’s going to try and hero the Cowboys back to the top, and without Romo, the Cowboys will be lucky to win two games during his absence.

Offense
They’ve looked poor, even with Tony Romo in the game, and I can’t really put an actual bulls-eye on the problem. They aren’t running with the same sort of success that this group has produced in the past. The offensive line has been quite a few levels below their expected play. They didn’t spend a whole lot of time together in training camp, and that’s where I’ll assume their drop off is. The pass protection hasn’t been great either, but that’s a lot on Brandon Weeden failing to feel the world around him. The running backs have been great through the passing game, and underwhelming in their main duties. Joseph Randle hasn’t shown the same pop he did when he came in to spell DeMarco Murray, and they haven’t found a way to use Darren McFadden, other than as an extra blocker. Christine Michael is said to be getting an enlarged role in the offense going forward. Losing Lance Dunbar is a bigger blow than what would have been expected coming into this season, but he’ll be missed. The wide receivers are a hard group to grade, pass catchers in general, actually. Terrence Williams has been on-par with the rest of the offense, that’s to say, underachieving massively. If anyone were to tell you that Dez Bryant would go down week one, and Williams would enter the bye week healthy and have only 14 total catches, what would be your reaction? Probably a shoulder shrug because it’s Terrence Williams, and he’s made no strides towards being better than where he is now. Cole Beasley has been getting worked, but even still, too many of the receptions that he gets is far behind the sticks that he can’t be reach the first down before being met by someone with 30 pounds on him. Jason Witten has been the safety valve for Weeden, but even the greatness of Witten can’t pull the team out of their funk. Where the hell is Gavin Escobar? A summary of the offense: When the offensive line solidifies, this team can be good again. When the real quarterback gets back, this team can be good again.

Defense
There’s probably going to be an asterisk for the 2015 Dallas Cowboys defense. Pre-Hardy and McClain and Post-Hardy and McClain. The defense was clearly stronger than they were without those two guys. Greg Hardy looked like the pass rusher this team has been missing for about four years. He said he was going after Brady, and for the first time in forever on a Cowboys’ team, words turned into results. Hardy wanted to be around Gisele so badly, he was going to go through her husband to get to her. He hit Brady harder than Brady had been hit in a long time. Hardy was wrecking the Patriots’ left tackle to such an extent, that Solder threw three straight cut blocks at Hardy and actually injured himself. Rolando McClain came back and played a heck of a lot more plays than I figured he would have been allowed and he balled out. These two additions are going to have big effects down the post-bye stretch of games. Randy Gregory will be ready for the Giants, and that’s another addition in the right direction. Tyrone Crawford, at times looks to be a beast, then gets doubled and taken away, but with Gregory and Hardy, there won’t be enough linemen to catch all of these guys. The most underground player on the defensive front is the Londoner, Jack Crawford, who’s had great pressure over the last two games. Sean Lee needs to avoid knocking himself out of a game and he’ll do his Sean Lee thing just fine. Anthony Hitchens, with McClain next to him, and Lee on the other side, it’s going to be better. On the back end, as it’s been since Darren Woodson moved on, the secondary has problems. Morris Claiborne, get back to me on this, hasn’t played badly, except for some poorly timed penalties. Brandon Carr, in coverage, not terrible, but his tackling isn’t helping. He’ll completely miss a tackle, then on the next play, make up for it with a solid one, he just hasn’t found his Zen. Byron Jones has been brought along at a trickle, and has looked pretty much like a rookie, but the good thing is that he didn’t allow Gronkowski to dominate the defense. JJ Wilcox, I love the way he could play strong safety, but he plays the free safety position, and needs some restraint. Wilcox plays like a cannon ball, and it’s incredible to watch, when it isn’t frustrating. But it’s Barry Church. He’s taking incredibly poor tackling angles and letting guys get around him. I don’t know what happened to Church, but he’s fallen off, badly. A summary of the defense: Like I said, asterisks.

Post-bye Outlook
The Cowboys could still take games against their NFC East brethren and stay afloat until Tony Romo gets back, then it’s a mad dash to scrape together late season wins for a playoffs push. If the defense can play an opposing offensive line like they did against the Patriots, and the linebackers cool into their roles well, and Barry Church has a total turn-around of play, they can keep their offense in games. I don’t have to be overly optimistic, or wrapped in fandom to see a minimum of six wins going forward, and an actually playoff push. 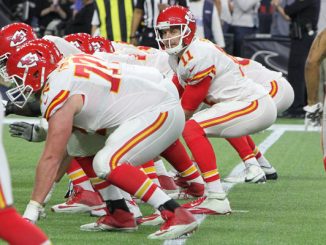 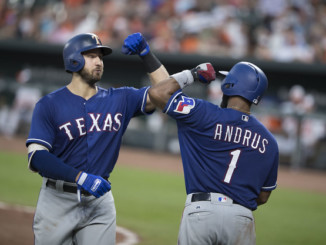 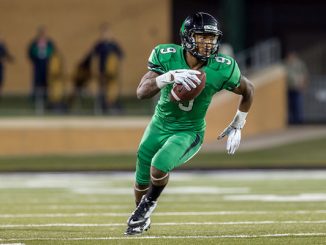