A quick shot of some good stuff, its preseason football, and like most people, I’ll accept football in any form that it’ll show up as. There have been reports of multiple fights out at Oxnard and I take that as a sign from my Cowboys that they are ready to see any football that isn’t in the same colored jersey.

First thing to watch for: Leighton Vander Esch. The linebacker isn’t at such a premier position that he could just not worry about playing in his first preseason game possible. Sean Lee will be in his coaching outfit from the sideline of this game (be smart, PLEASE!). But this should be a display of how Jaylon Smith and Vander Esch can play together, and they’ll feed Sean Lee in intravenously as the preseason moves along.

Second thing: Mike White. Interesting that the Cowboys picked up a quarterback in the draft, having done that only a full handful of digits now. Not that he’s here to truly press Dak Prescott for time with the first team, he’s here to take on Cooper Rush and make sure that Dak can feel some warm breathe down the back of his neck. Mike White is an attitude quarterback and is going to create a ton of fans during the preseason.

Third thing: Just learning who this offense is going to go to through the air. Assume Cole Beasley is on the roster and stop there. There are spots to be filled, guys on the roster to fill them, and football to be played to determine who gets to stay. Don’t we all just love this stuff? The Cowboys have brought in Allen Hurns to veteran presence, but the rest of the bunch is something to bloom. Michael Gallup and Noah Brown are draft picks by the Cowboys and I expect to see a lot of them. The tight ends are all Dallas Cowboys grown prospects, either brought in straight out of college or drafted. Geoff Swaim is the incumbent, but Dalton Schultz was a pretty high pick and Rico Gathers has a ton of expectations for this season.

From the 49ers…
Watch out for Dante Pettis. He was the most dynamic returner in college football while he was at Washington. Watch for Jimmy Garoppolo. Not like he’ll get a ton of time in this first game, but even when he’s on the sidelines. Damn. That man is handsome. 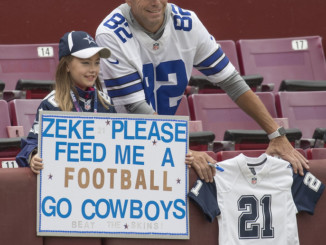 Dallas Cowboys at Detroit Lions: A Couple of Wounded Animals 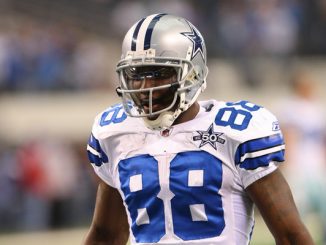