Shed a single, slow rolling tear, because it’s back. Football. Mine, yours, all our obsession. Though, this is just a light wine tasting, it’s good for now. Preseason football, the games that no one but the men on the sidelines give a damn about, but we all feel the same way every year. That the offseason seems more drawn out as if another month is inserted in early summer. Here’s what is extra cool about this game. A whole new generation of fans get to see the result of all the cries and pleas for football back in Los Angeles looks like, not just resorting to plugging up Super Tecmo Bowl for some LA masochism trying to stop Bo Jackson. But if you were born in the nineties, and I mean from January 1, 1990 and on, this is going to be the first game you’ve seen in LA, so it’s pretty exciting. The Rams are set for center stage, they have Hard Knocks, a shiny new quarterback, and get to soak up the Hollywood homers. For the Cowboys, I assume they just want to get to a game.

Dallas Cowboys to Watch
#1: Quarterbacks: Romo isn’t getting more than a series, whether it ends in points or two handoffs and an incomplete pass, he’s not on the field for more than three minutes. After Kellen Moore’s ankle injury, the talking point that water-coolers are sick of overhearing is who the Cowboys are going to picking up. It’s no one in the short term. They’re going to roll into the game with Dak Prescott and Jameill Showers. Their play is going to determine whether they pick up a veteran. Okay, so that’s not either true or actual. They will grab another quarterback, likely before the second game, but for now I like the approach. Let’s see the young blood. We’ve seen what Showers brought to the table last year, athleticism and versatility, with an Ironman style showing playing special teams. Prescott isn’t going to be gunning down punts. I assume that it will be Prescott following Romo and him basically playing until the coaches break out the hook. I love his ability and fans will get behind him quickly. He’s a high quality passer with supreme mobility. Chains moving mobility, and not a huge risk-taking either, more Russell Wilson/Alex Smith than Andrew Luck/Colin Kaepernick. I can’t wait to see how he impacts the weapons. I’d like to see improvement from Showers and see him really work the field and get some late drives clicking.

#2: Cornerbacks: Everyone is going to be staring at the defensive line, but I’m more interested in just finding out who the hell these cornerbacks are. I wouldn’t expect to see Brandon Carr or Orlando Scandrick, and perhaps see Mo Claiborne for a starting drive or two, but that’s when the familiarity evaporates. Anthony Brown is a rookie from Purdue and the Cowboys need him to be their version of Bashaud Breeland, the Washington corner that was a fourth round pick. Josh Thomas has been in the league for about a minute, but was never the noodle that stuck to the wall, having worn seven different jerseys in five seasons. It’s a mystery what the Cowboys have in their cornerbacks, but they need a case of step-up from this group.

#3: Linebackers: We all know how liberal the Cowboys will be with Sean Lee’s snaps throughout the preseason. With Rolando McClain being a perfect representation of himself, that puts added emphasis on Anthony Hitchens, so they might reel in the snap count for him as well. Getting Justin Durant back to speed won’t take much, as he’s a veteran. But with Kyle Wilber and Andrew Gachkar both being injury fodder early in camp, the focus shifts down a gear and lands on the youth. No team heads into camp starved of the young linebackers and the Cowboys are no different. Mark Nzeocha, Derek Akunne, and Deon King will likely get ample time to showcase what they’ve got, given the hampered linebacking corps.

#4: Wide Receivers: Dez Bryant, Terrence Williams and Cole Beasley are nailed down. Beyond that, it’s a log jam. Brice Butler is likely secure on the roster, but his involvement is on him to assert himself and really take the fourth receiver spot. Devin Street has been the incumbent for that fourth spot really ever since he was drafted, and has had a pretty comfy ride, but he needs to show out to stay on the roster. I say that because I believe the staff likes Lucky Whitehead’s versatility. They can put him in the slot across from Beasley and have a true wing set. They tried some end-around stuff last year with him, and I bet that continues. I wonder if Lucky can do some return work, because I still have zero idea of who’s doing that duty.

#5: Defensive Line: Time to toss the kids in the pool and see who can swim. Well, maybe not the deep end, it is just preseason… but flashes in preseason mean that they get another ride. I doubt they’ll have DeMarcus Lawrence taking preseason snaps, but maybe. The guys I’m looking at are Ryan Russell, Charles Tapper, Mike McAdoo, and Zach Wood, with maybe David Irving, but I’ve already gone over my expectation of him. Russell is in a great position, guys in front of him are suspended and he’s next in line for reps. Charles Tapper is joining that group, looking to shine in those same reps. I’ve heard good reporting about Mike McAdoo, that he’s got a good edge to his game and plays strong, and that he’s also getting various first team reps. I’m pulling for Zach Wood as long as he’s on this team, but I think he’s joining the right team, at the right time to stick around in some capacity.

Los Angeles Rams to Watch
#1: QB Jared Goff: The number one overall pick for the Rams. No pressure or anything, his success is going to be paramount to the sustainability of the Rams. I, of course, mean in terms of ticket and merchandise sales. One of Goff’s best assets is that he has an arm that’s accustomed to throwing about 50 passes a game. Rams’ fans shouldn’t expect to see much of that in his rookie year, but if things have to get airborne, he’ll be ready. A problem for him is that he’s going to have to make his weapons better, much like Andrew Luck, because they won’t make him better. The Rams have one truly dynamic receiving threat, Tavon Austin, but with his light frame, he’s a ten-shot away from losing his lunch money. Even including Austin, they have no consistent weapons but I suppose that’s because of the revolving door at quarterback. It’s always cool to watch the number one overall pick in his first game action, preseason or not.

#2: RB Malcolm Brown: Knowing just how much the Rams’ offense is going to flow through the running game, and how paramount Todd Gurley’s health takes on the precedence scale, the Rams’ second back is going to have to be ready and able. Benny Cunningham is in line to be the first man in, but with Tre Mason self-destructing, former Longhorn Malcolm Brown could force the Rams to cut the crust off of Mason with a good preseason. 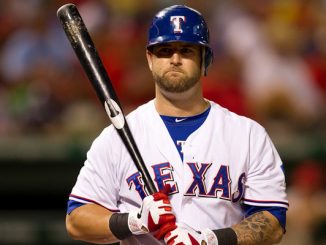 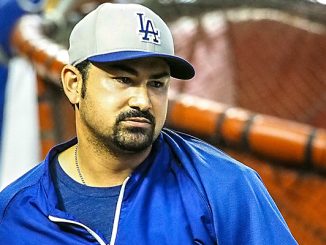