Game number one. Exciting. But more of a sort of nervous anticipation than a blindly led chant of unwavering faith. I have faith in what the Cowboys can do, and what they will try to establish on the ground, despite going against one of the stronger front-sevens in the NFL, obviously headlined by Luke Kuechly. It’s far from a one man show for Kuechly. Running up the gut is a bold move, with big Dontari Poe, the super-aggressive Kawann Short, then it’s Kuechly and Shaq Thompson. It really is going to be a baptism by fire for the new duo of rookie Conner Williams and Joe Looney at center, and Williams WILL struggle with Short (I Promise) but it’s a matter of play-by-play wins for the rookie.

The Cowboys defense. I’m ready. This is the most pumped I’ve been about a Cowboys’ defensive unit, maybe in my cognitive football binging existence. I do respect the interior of the Panthers’ offensive line, Ryan Kalil, Amini Silatolu, and Trai Turner is a strong bunch, but the tackles are something to take advantage of, and the Cowboys believe they finally have the defensive ends to have the edge on any team they face. DeMarcus Lawrence is going to be playing for that long-term contract, Taco Charlton is looking to prove that first round worth, and Randy Gregory… well, he’s got everything to prove, but for now, it’s all in front of him. The Cowboys’ linebackers, my personal biggest concern going into the 2018 draft/offseason, but on this side of the preseason, I believe the group of linebackers we have are ready to carry this team. Sean Lee, same statement said about him as every year, so I won’t waste the thought. This is the season for Jaylon Smith. Though it won’t be believed, I was more excited for the drafting of Jaylon than even Zeke in that draft, because I knew he’d never quit and this is where he makes his name heard across the landscape.

Key Matchups
#1: DAL G Conner Williams vs CAR DT Kawann Short: As mentioned above, this is a TOUGH first draw for the rookie at left guard. Kawann Short is a serious problem. Short is an Aaron Donald clone, and that isn’t something thrown out there for shock value. Short has the short-range arsenal of rips, spins, and strength to make the Cowboys feel very aware of his presence. His pass rush means pressure right in the face of the quarterback Dak Prescott, and that’s not where quarterbacks like hands.

#2: DAL DE DeMarcus Lawrence vs CAR OT Taylor Moton: Matt Kalil is down, and next up is Taylor Moton. Stiff draw for him, as Lawrence is going to try and start the year the same way he started last season, with a multiple sack game. Just getting past Moton will be a fraction of the game, though. Getting Cam Newton to the ground is usually a more-than-one-man job, given his size. It’s basically a defensive end trying to tackle a defensive end to the ground.

#3: DAL K Brett Maher vs it all: Sure, you tell yourself “it’s a kicker, we can just get a new one”. I say “You’re dumb”. I say the Cowboys are dumb. Why kick Dan Bailey to the curb? Money? Really? If that money-savings rainbow, that includes cutting Dez, doesn’t crap a pot-of-gold in the form of Earl Thomas, then what are all these savings for? This guy, Maher, could be good, and we all hope he is, but he doesn’t have that established Dan Bailey confidence, that Bailey earned by being money. Tell yourself that he missed three kicks last season while rushing back from a groin injury, which justifies his release. 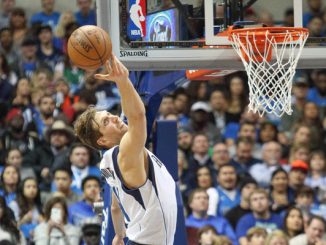 Dallas Mavericks: The Second Half of the Season Starts Now 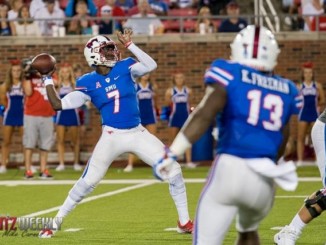