So what’s the fourth overall pick for the Dallas Cowboys going to be? This season has shown that the Cowboys need to begin the process of the post-Tony Romo years. However, he’s not dead and he’s not going anywhere so spending that fourth overall pick on a quarterback is a misappropriation of a draft pick. The ray of sunshine extends to the fact, that this is a pretty good quarterback laden draft. Quarterbacks are growing on trees, and the Cowboys could be plucking them off at any of the rounds, and that includes the first round. These are my own mini profiles of the many quarterbacks in this draft for the Cowboys to consider.

Sure-fire First Rounders
Jared Goff, California Berkley {6’4”/210 LB} – I personally watched Goff in his final college game played, at the Armed Forces bowl on Fort Worth. I will admit, he freaking crushed it, straight balled out. He wasn’t perfect, he hotted some throws, but I think he saw the touchdown before he threw it and just over shot it. Goff is going to be the first quarterback taken, and that means getting by the Browns at two, and don’t think the Chargers won’t spice things up and take him, because they also have to think of life, in LA maybe, beyond Rivers. If Goff is there at four, should the Cowboys take him? Really, they could and no one would bat an eye, or shed a tear, but I believe adding a piece with as big a price tag as a fourth overall needs to be an instant impact player, and learning for a year, maybe two, I just couldn’t justify it, but it’d put us in a Herschel sized trade position if he slid to four.

Paxton Lynch, Memphis {6’7”/245 LB} – Lynch is and isn’t in the same boat as Goff. Equal to him in potential, arm talent and I think at this point NCAA prepped. Lynch is a giant human throwing a football. But as with any prospect, going this skeleton-hunting process pre-draft, coming from a conference that is below the Power-5 is hill to climb. How much are scouts going to hold Lynch’s American Athletic conference standing against him? I’ve seen him eviscerate AAC opponents, and win his conference, and the combo of Lynch and Justin Fuente are both riding their successes to new career highs. Would the Cowboys draft Lynch at four? If this is a possibility, that means Goff is gone, and this process will have had to have been completely smooth for Lynch for him to be the Cowboys fourth overall pick, or they just fell in love with his size, potential, and Texas connection. Will they tab him though? I really doubt it, but this’ll put them in great trade position, not the same hitter’s ballpark as it would be with Goff, but could really turn a sweet double play with a team in need of hope.

Carson Wentz, North Dakota State {6’6”/ 235 LB} – If everything is as stupidly measured as black and white as wins and championships versus losses and loser-isum, then Wentz is definitely worth a swing. Two time FCS champion, and MVPs in both trips to the big dance. I equate him to this draft’s Blake Bortles, big and tough, playing the 2015 championship game, having just been cleared of his broken wrist. Again, the question is, at four, would the Cowboys draft Wentz? If they wouldn’t draft Lynch here, no way would I see them taking Wentz, nor do I think there will be a huge telethon going on over Wentz at four, but maybe as the entire process shakes out, Wentz could entice some bidders. But, if the Cowboys are in on a first round signal caller, Wentz would be a heavy considerate option, if they trade back from that fourth pick.

Maybe first rounders, likely Second Round
Connor Cook, Michigan State {6’4”/ 218 LB} – I don’t like Connor Cook and I can’t pin down why. Body language, maybe? Maybe it’s just one of those times where it’s just irrational dislike of the way a guy’s face is configured. On the field, Cook has been more than solid, but I don’t know if he ever really had command of his team. Maybe he’s Eli Manning. Maybe you respect him, maybe his teammates respect him, I have no idea? I’d say he’s like Eli, except less enjoyable. Fourth overall? Absolutely not. If they trade back? Eh, no, I couldn’t do it. Second round? Personally, no, he’s just one of those prospects I can’t agree on, and he turned down the Senior Bowl, which could have help sand down some edges. Maybe the Cowboys would though.

Christian Hackenberg, Penn State {6’4”/ 235 LB} – Here’s a guy that was a hot iron that got tossed in the water and completely cooled. His freshman season, under Texan’s head coach Bill O’Brien, Hackenberg laid a first round foundation for himself. Two years under James Franklin, and Hackenberg has one shot in the first round, the Texans, with the guy that recruited him and coached him to his highest level, Bill O’Brien. First round, Cowboys? I’ll repeat, Hackenberg has first round with one team. Second Round? Yeah, I’d do it. He’s a pocket passer, can roll, but looks a bit odd for him because he is such a statue. When he scans the field, it actually reminds me of the first terminator, when Arnold first arrives and scans his surroundings, cause he’s a stiff guy. He’ll probably increase his stock during the process, but he should still be sitting when the Cowboys pick in the second.

Cardale Jones, Ohio State {6’5”/ 250 LB} – I’m sorry, but this guy doesn’t have enough tape to justify a second round pick, let alone a first. Jones got the shine from his heroics last season, then decided to stay, then the quarterback carousel began. Jones is the Logan Thomas of this draft, just everything physically that anybody could ask of, but just not quite ready. He’s undefeated in his games that he’s played, if that gets you fired up. He’s raw, and could be there in the third, and with those physical traits and not asking him to do anything but learn and grow as a passer, I’d say that’s a hot ticket item in the third.

Day Three Deals
Jacoby Brissett, NC State {6’4”/ 235 LB} – I think this guy is going to turn heads, starting in Mobile at the Senior Bowl. He’s going to get a ton of Russell Wilson comparisons because they attended the same school, but it isn’t unheralded hip fired comparisons. Brissett is an intelligent passer from the pocket, who can roll to create time for his down field options or just scramble for the first down yardage. He flared onto my radar when he was attempting to upset the Jameis Winston led Seminoles, and if his defense could have held, they would have. He was so elusive, so deadly after the formality of the play broke down that it was almost magical. I want Brissett to have a good pre-draft process, but I don’t want him straying too far, because I’d be doing back flips if the Cowboys have a shot at him in the fourth. I feel the need to reiterate that though he plays like Wilson, he is about five inches taller.

Kevin Hogan, Stanford {6’4”/ 220 LB} – I’m supremely thrilled that there is almost zero hype about Kevin Hogan, because I actually believe that this IS the next Dallas Cowboys quarterback. Hogan is going to get both barrels from the Dallas coaching staff, being on the Cowboys’ North squad. He’s a pocket passer from a pro-style offense, and is accustomed to handing the ball off a lot in a game, meaning he checks his ego at the door. Hogan had some work to do, establishing himself as his own player, having followed Andrew Luck at Stanford, but I believe he did a better job than he’ll likely get credit for. He’s got great pocket awareness, a good sized player, and has the wheels to pick up downs, if things get dicey. He’s a quality passer too. His yards per attempt and yards per play (whole other category) were tops among the nation, not just the PAC-12. He came back for another season, and really amped his game up to a ten. As of right now, pre-senior bowl game, Hogan’s stock is really cheap, fourth or later, I’m buying and going long.

Dak Prescott, Mississippi State {6’2”/ 230 LB} – I liked Prescott a year ago, when he was seriously disturbing the SEC, and putting his name in the Heisman category. I’ve cooled, that cooled, and he cooled, and now, Prescott is going to need a lot of things to turn his way if he’s going to be drafted higher than Day Three. First, he’s going to need to shake his comparison to Tim Tebow. That’s a tall order, but it’s not impossible. Because, though he didn’t have as dynamic a year as 2014, Prescott grew seemingly exponentially as a passer. Halving his number of interceptions thrown, but throwing two more touchdowns. And though it wasn’t the same as 14 rushing scores he did as a junior, 10 is still a serious threatening number. Given his growth as a passer, someone is going to like him, but the one thing that Tebow does have on him, other than the disadvantage of throwing left handed, is size. Tebow was a thick dude, built like a brick sh… outhouse. Prescott is only six foot two, and 230. Worth a pick? Yes. Over Hogan, or even Brissett? No, but if this is the last remaining QB when the Cowboys pick in the fourth, I’d be lying if I didn’t admit that I liked the pick-up.

Jacob Coker, Alabama {6’6”/ 230 LB} – Couple of things about Coker. First, he’s not very seasoned. Pretty much all the action he’s seen has been this season. Second, weirdest damn thing about 2015, Coker had more wins in AT&T Stadium than any Cowboy QB did. Third, he’s deceptively large, 6’6″. I watched him during his final three games, against some big time programs (Florida, Michigan State, and Clemson) and he balled out, laying waste to all of them. He completed some of his best work when being hit, actually. He’s a guy that likely will be a career backup, with a few games here and there. I don’t know if he’s really a guy to groom for the long term, but as a backup for the remaining Romo years, I’d feel pretty comfortable with Coker.

Treyvon Boykin, TCU {6’2”/ 205 LB} – The journey near the top, then the fall from grace, was incredible for TCU, and mostly for Boykin, who’s on a four month campaign tour to rebuild his image. After a bar fight, before TCU’s bowl game in San Antonio, Boykin really hurt himself. It didn’t help that his team came back and beat Oregon without him. He’s going to be playing in the NFLPA bowl on the 23rd, where he can lay a foundation for his stock. Boykin will likely have to do the Denard Robinson thing in the NFL, learn a new position to make it. He’s got mechanics that aren’t too rough, but needs to polish his game for teams to take him seriously. I actually don’t think Boykin will be drafted and that’s a win for the Cowboys if that were to happen. They’d be able to bring him in, and check and see if he can bring something to the team, from any position. 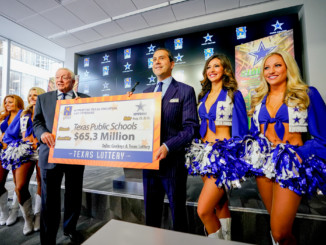 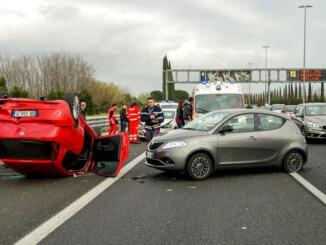 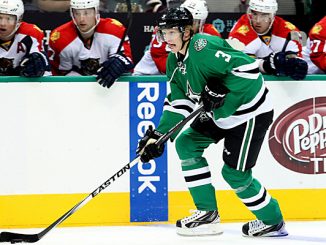