Dallas, TX  – The Dallas Comedy House today announced that critically acclaimed New York comedienne Sasheer Zamata and the award-winning Improv/Sketch group 3Peat, out of Chicago, will be the headliners for the 2018 Dallas Comedy Festival (March 27-31).

Following 3 years of exponential growth in terms of both acts presented and audience members, the festival will add a third stage off-site for the first time, partnering with Independent Bar & Kitchen in Deep Ellum, with performances taking place in their Regal Room. The rest of the performances over the course of the four-day festival will take place at DCH in Deep Ellum (3025 Main Street).

Amanda Austin, the Owner and Founder of Dallas Comedy House, said, “We have increased the number of comedy acts and performances from a little more than 50 acts and 20 performances three years ago to literally twice those numbers in both categories last year. And audiences have responded in similar fashion, as we have happily watched our audience grow in just three years from 1200 attendees in 2015, to 2400 last year. The Dallas Comedy Festival has become a lightning rod for talent and the prime destination for audiences looking to laugh in North Texas.”

Maggie Rieth Austin, the Executive Producer of the Dallas Comedy Festival, added, “Having a performer that has been praised by national critics like Sasheer Zamata is testament to how the Dallas Comedy Festival has risen in the opinion of the comedy community nation-wide. Having shown our ability to combine the presence of a performer like Sasheer with the immensely popular improvisation and sketch group like 3Peat is one of of the reasons audiences have been flocking to our festival more and more with each coming year.”

Best known for the 4 seasons she was a cast member on Saturday Night Live, Sasheer Zamata just released her critically acclaimed one-hour special, Pizza Man. Additional TV credits include Transparent, Inside Amy Schumer, and People of Earth, among others. Films include YOGA HOSERS, SLEIGHT, THE OUTDOORSMAN, and DEIDRE AND LANEY ROB A TRAIN. She has also been a contributor to NPR’s This American Life.

Zamata co-created and co-starred in the webseries Pursuit of Sexiness, which was named on of the “Top 10 Web Series of 2013” by Variety, and part of Glamour’s “7 Web Series We Can’t Stop Watching” in 2015. She has been listed in Cosmopolitan’s “13 Funny Women to Watch,” Time Out New York’s “Top 10 Funniest Women in NYC,” Brooklyn Magazine’s “50 Funniest People in Brooklyn,” and Complex Magazine’s “Women in Comedy You Should be Paying Attention to Right Now.” Zamata also serves as ACLU’s Celebrity Ambassador for Women’s Rights.

3Peat grew out of the members meeting while performing and teaching at The Second City and iO Theater in Chicago. Tired of each being the only minority in their shows, the group came together to create their own brand of comedy that fits their high energy and experiences. The team, including (in alphabetical order); Lisa Beasley, Shantira Jackson, Torian Miller, Nnamdi Ngwe, Dewayne Perkins, Allison Ringhand, Patrick Rowland, and John Thibodeaux, boasts members that write and perform in television, film, and on stage across the world.

Along with the addition of the Independent Bar and Kitchen, Hotel Indigo has returned as the Dallas Comedy Festival’s hotel sponsor. Also joining the DCF’s roster of sponsors are Accurate Signs, Common Desk, Maracas Cocina Mexicana, Uncle Uber’s Sammich Shop, and Tiff’s Treats.

For festival passes, tickets, and more information go to http://dallascomedyhouse.com or call the box office at 214.741.4448. 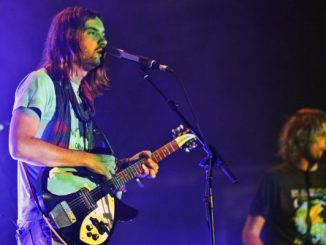 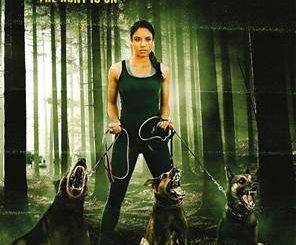