Our next Great Debate (shelf life: 24 hours or less) will be about court storming in college basketball. If you’re on Twitter, prepare for Tweet Level DefCon1.

(Quick note: DefCon1 is the most serious level of “defense readiness condition.” Often DefCon5 is used but that’s the most benign. Thus ends this lesson. This will be on the test.)

Thursday night in Ames, No. 4 Iowa State remained undefeated by overcoming an eight-point deficit in the final two minutes to gut-punch in-state bitter rival Iowa. Point guard Monte Morris hit a floater with nine seconds left to give the Cyclones an 83-82 victory.

Hilton Magic then became Hilton Rush Hour as the fans stormed the court. Twitter immediately lit up as judgments were snapped. Several media folks tsked-tsked that the Cyclones were ranked No. 4 and had defeated an unranked team. How dare fans rush the court if it’s not an upset victory?

The angst was amped up when word came that an injury occurred during the court storming. Randy Peterson, the Iowa State beat writer for the Des Moines Register suffered a broken leg. (No silly, he wasn’t rushing the court. Peterson was trying to make his way from court side to the post-game interview room.) Peterson, whose wife is battling cancer, suffered compound fractures of his tibia and fibula and will undergo surgery.

The Big 12 Conference office now has a decision to make.

Last February, after Kansas State knocked off No. 9 Kansas in Manhattan, a K-State fan appeared to deliberately run into KU’s Jamari Traylor. That happened as Kansas coach Bill Self was trapped against the scorer’s table as fans rushed in. Kansas State was publicly reprimanded for its lack of crowd control.

Last May, Big 12 schools gave commissioner Bob Bowlsby broad authority to levy penalties regarding court or field storming. The penalties could range from monetary fines to having home games taken away. “I don’t know that there’s anything off the table,” Bowlsby said at the league meetings when the changes were announced.

The fact it was a non-conference game might mitigate some of Iowa State’s blame. But the fact that someone suffered a serious injury will not only add intrigue to what the conference office will do, it will also ramp up the debate about fans – students – celebrating victories by turning the playing surface/court into a mosh pit. 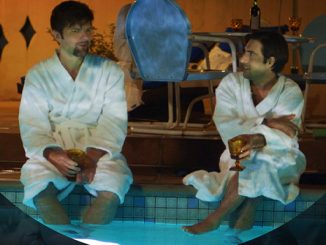 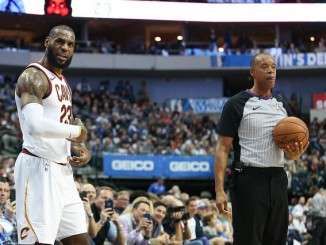 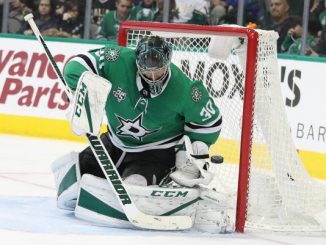