The Jon Favereau directed Jungle Book premiered last week to overwhelming critical praise. It’s direction, use of CGI, and voice talent were said to come together into one extraordinary piece of film. It appears as though fans of the Disney original and their children have weighed in as well as the movie made over $100 million as of April 17.

The film is really good and both the critical and audience praise that it was given have been well worth it. The really important question on everyone’s mind is “Just how does it compare to the 1967 original?” Well, it happens to stand up pretty well.

Both films have wildly different visual styles. The 2016 version is a mix of CGI which makes the scenes look almost real yet slightly off. The style never gets boring and, in fact, is one of the most interesting parts of the film. Watching the way that the animals were beautifully animated to move like their real-life counterparts, and speak like their voice actors was mesmerizing.

The scenery itself was stunning and in some points could fool someone into forgetting that a lot of it was done in post production rather than being done on a living and breathing set in an Indian rain forest. Everything presented in the visuals of the film felt like it was there for a purpose rather than taking up space.

The 1967 version has the same level of care put into the visuals even though they take a very different approach to the modern re-imagining. In that past style of Disney, the animation was hand drawn and took on a much lighter appearance than the 2016 version. Each of the characters has a more cartoony look than the more realistic versions in the most recent film. The hand drawn visuals make the story more childlike and work extremely well with that version of The Jungle Book story being told.

The tones of both movies are quite different. Even though they tell many of the same aspects of the core Jungle Story. While the 1967 has a more whimsical and accessible look the story, it is fairly dark for its time. It tells of death, destruction, and man versus nature. Most of the time there are songs and jokes which allow the story to breath so that there isn’t such a heavy nature. It works on levels for almost anyone. Children of the time and children today could both watch and appreciate the older version for the more lighthearted version of the story it presents.

The 2016 version, on the other hand, presents a fairly dark and ominous tone. It is certainly darker than the original over all, it has more intensity that the first film lacked. Death and destruction are seen on screen and are made a very important part of the story and tone of that story.

Intensity is the main difference that 2016 has versus the 1967 version. Young children would have no problem making it through the older but the newer contains some intense scenes that go darker than many other Disney children’s films. This is a more mature retelling of the 1967 version but it could also simply be a more accurate retelling of Rudyard Kipling’s original novel. The intensity in 2016 sets it apart from 1967 because there is a real sense of danger and adventure that the older film simply does not.

1967’s Jungle Book features one of Disney’s most beloved soundtracks. Gems like “Bear Necessities” and King Louie’s “Wanna Be Like You” are some of the most recognizable songs from that time in Disney’s history. In context of the musicals that Disney was doing at the time, Jungle Book fits right in. With its more childlike visuals and fun songs, it was easy for children to get into.

The songs serve as an audio break from what could be an intense scene. They serve as a way to break the movie up into parts and also play real roles as plot devices for main characters. The songs that they sing are like windows into the souls of those characters. They provide the audience with extra background information that didn’t have to be written into the script.

2016, however, is nearly songless when compared to the Disney original. There are two notable times that songs from the original film are sung. Both times are done by the modern characters as a little reference and throwback to the past. They are there as Easter eggs for those members of the audience who have seen the original but don’t serve as much of a plot device as they once did.

Their inclusion was a fun nod to the past but other than that, didn’t add anything to the movie. They didn’t have to, however, because the movie isn’t a musical. It is different from the old one and the minor inclusion of the songs serves to differentiate while at the same time reference. Even more than that, several of the old songs were used in the score behind scenes of the film. It may not have been all but they were re-purposed and repackaged for a different film in a different era.

The films are completely different. One is a musical and the other is an adventure. Both are equally as good. Both films appeal to children but they do so from different angles and eras. Both grab attention with their color, animation, and story telling. The Jungle Book is nearly a century old yet a large corporate entity has been able to get people excited about it in two different decades with two different films. The fact that both are successful says something about the quality of the stories being told on the screen. Both are wonderful and both deserve a spot in the Disney legacy. 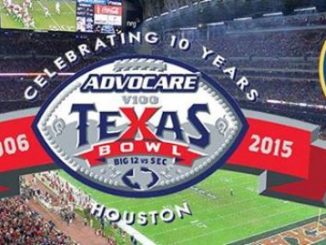 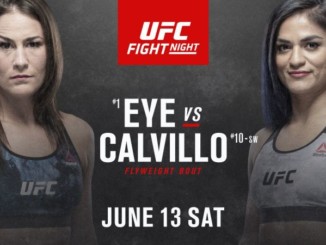